Q: You first went to Jerusalem with the Jewish Studies Program at Wesleyan. What drew you back to live there?

Adina Hoffman: My husband, Peter Cole, and I were living in San Francisco in the early ’90s and decided to go to Jerusalem for a year. Peter had a translation fellowship and had lived there on and off for the better part of a decade. I already knew the city from that Wesleyan semester and wanted to improve my Hebrew. Over the months, I became very attached to our particular, mostly North African neighborhood, and when the year ended, we simply stayed on. This decision, though, was far from ideological or even deliberate. It just flowed naturally out of that year.

Q: What keeps you there?

A: I love the close contact we have, constantly, with all sorts of people, and the city’s sometimes outrageous blend of the cosmopolitan and the provincial. My connection is really with Jerusalem itself—as an international city—though in Israel in general there is still a sense of intellectual life taking place in the public arena. The Friday newspapers are packed with poetry and book reviews and translations of work from several different languages. And while Israel is definitely going the way of America—toward the shopping mall and the TV set—this sort of intellectual seriousness is still a part of the general culture.

A: Apart from having written the book I just published, I work as the film critic for the Jerusalem Post, and I also publish criticism regularly in The American Prospect. Peter is a poet and translator. For the last twelve years he’s been immersed in translating the Hebrew poetry of Muslim Spain. Princeton University Press has published two volumes of these translations. He also translates from contemporary Israeli literature. This spring, we’re both Visiting Scholars in Jewish Studies at Wesleyan.

Together with another friend, Peter and I also run a small press, Ibis Editions, which is dedicated to the publication of the literature of the Levant, or the Middle East, mostly in translation. We publish English translations of work written in Hebrew, Arabic, and French, for instance, side by side, in the same format. I won’t call it radical, but it’s not typical, where we live. We’ve started referring to ourselves as a “publisher without borders”—in an area of the world where borders mean altogether too much to everyone. We’ve met wonderful people through this work and are managing to make a small contribution to the literature of the region.

A: A Palestinian poet, Taha Muhammad Ali, who is one of the most powerful poets we’ve encountered in many years and in any language. His story in itself is quite moving. He was born and raised in a village in the Galilee. In 1948, during the war, the town was bombed by the Israeli army; the villagers fled to the hills, and when they came back, they found the village destroyed. After a short stay in Lebanon, Taha ended up in Nazareth, selling trinkets to tourists for 50 years. But as he was selling trinkets, he was also writing poetry and teaching himself classical Arabic and English. His poems are a wonderful combination of painful and bittersweet, describing in incredibly human terms the lost life of his village. Last year Ibis published the firstever English translation of his work, Never Mind: Twenty Poems and a Story, which Peter translated together with Gabriel Levin and Yahya Hijazi.

Q: How do Western audiences respond to this writing?

A: Peter arranged a poetry series at Wesleyan, “Poetry of a Punished Land,” and Taha was one of the poets. He told stories in English, then read his poems in Arabic, and Peter read the translations. We were interested to see how Americans would react, post- September 11, to hearing these poems in Arabic. Although you might expect people to greet him with a certain amount of fear and suspicion, audiences all around America, not just at Wesleyan, were remarkably open to him. More than that: they were completely taken with his work and seemed to fall in love with him.

Q: And your own writing—what were you trying to illustrate?

A: A whole range of things, of course. But in a sound bite I’d say that I wanted to create an antidote to the Jerusalem that people hear about on the nightly news. I wanted to set aside those huge generalizations—political, religious, historical—that people tend to make about Jerusalem and instead focus, as closely as possible, on the fabric of everyday life in our own neighborhood. At the risk of sounding melodramatic: I wanted to capture the heartbreaking humanity—as well as the humor—of each of the very particular people I described. So the book is founded on a deep if not always directly expressed affection for these individuals and an admiration for the quiet, daily struggles each faces to maintain their dignity against serious odds.

Q: What is everyday life like in Jerusalem, especially in contrast to life in America?

A: It’s obviously all sorts of things to all sorts of people, and in fact my book was an effort to create a detailed portrait of a single street—a portrait that avoids such huge, imprecise categories. But I suppose you could say one main difference is that in Jerusalem there’s very little buffer between people. Unlike in America, you can’t go into your house and close your door if you don’t like your neighbors. In Jerusalem, your neighbors are in your face all the time, for better and for worse. As a result, each interaction is much more charged.

Q: What did you learn from writing House of Windows?

Q: Do you have a favorite chapter?

A: No. But certain “characters” do linger with me longer than others: the man who runs the local grocery store, Meir, for instance, is a remarkable person and a remarkable presence in our neighborhood. The chapter in which he “stars” is called “The Mayor”, not just because the English word echoes his name but because we joke that he is, in his way, the mayor of our small cityvillage—incredibly charismatic, generous, and wise. He’s also the younger brother of Sa’adia Marciano, one of the founders and most notorious members of the Israeli Black Panthers, the radical Sephardic protest group that had its heyday in the early ’70s. I didn’t know this about Meir when we first got to know him and his wife, and I still hadn’t figured it out when he invited us over for Friday night dinner. Suddenly, around the dessert-and-mint-tea stage of the meal, this brother—also a very impressive man—walked in, and we found the whole complicated, angrywarm history of the neighborhood and its various ethnic tensions literally staring us in the face. But what was striking was that for all the alleged hostility that Sa’adia and his friends are said to feel toward Ashkenazim, Jews of European descent like Peter and me, we found ourselves absolutely, totally welcomed at that table. More than that, we felt we’d made real friends.

Q: How do you find the mood of the Wesleyan campus? Are people moved by the events in the Middle East?

A: It’s interesting to see just how central these questions of Israel and Palestine are to the students. Each week the Argus is filled with editorials on the subject. For me, though the political questions are pressing, there are other questions as well, which quite understandably don’t always get asked here—questions about how the culture takes shape, beyond the headlines.

Q: How do you cope with daily life punctuated by acts of terrorism?

A: Obviously, there’s a certain amount of tension and fear, and, actually, depression. Even if you try to ignore what’s going on, you find yourself reacting to it, deciding to repress it. The repression itself can become a problem.

I don’t really know what it feels like to be there, on the ground, right now. From what friends tell me, I think it must be enormously demoralizing—not just the threat of terrorism but also the sense that what’s going on in the Palestinian Territories is totally out of control and that we, as Israelis, are also responsible for causing tremendous suffering.

Q: What has it been like, being in America while the crisis escalates at home?

A: It’s peculiar. I feel as though we’re living a sort of split existence. On one hand we’re enjoying Wesleyan tremendously: being here has been a rich experience in so many ways. At the same time, I’m receiving constant email updates, both from friends and activist types, about all sorts of horrible things. Some of these are devastating, life-and-death stories, and some of them are banal but distressing.

So in a sense, I feel that I had better enjoy myself here, because we’re about to go back and I really don’t know what awaits us. But I know enough about the Middle East to understand that you can’t make rash decisions based on what’s going on at the moment. Things can change very rapidly. And regardless of what awaits us, I do want to go back. I feel I want to be there now.

Q: Why do you keep your American citizenship?

A: First of all because I didn’t have to choose. I’ve got the luxury of dual citizenship. But if you’re asking why I still consider myself American, at least in part: I like that I come from a basically tolerant society, that I have the work ethic I do. And I love the English language, which is the language I write in. As much as I enjoy the general Israeli attitude to hospitality, to ideas, to conversation—Israelis are great talkers—I wouldn’t want to forego all of what’s American about me. The militaristic side of Israel is hard for me to take. There’s also a conformity to the culture that I find fairly stifling. So my American citizenship helps, in a sense, to remind me where I come from.

Q: What are your hopes for your adopted country?

A: I’d like to live in a region where the cultures of the whole area could live side by side, in peace; they might even nourish each other. That day is obviously far away from us now: I don’t want to sound too idealistic or deluded. One has no choice, though, but to work toward that goal in whatever way one can. So we write and translate, and we publish books that embody that ideal. It’s no solution to the larger problems, of course. But it’s the only way we have.

Rosenthals Present Folk Musician Pete Seeger In His Own Words 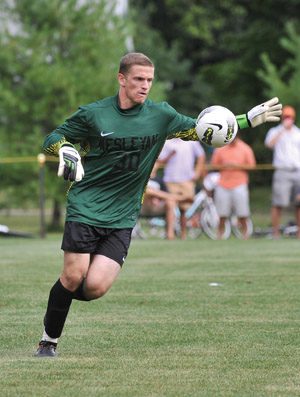