A university task force appointed by President Bennet is recommending the adoption of new measures to reinvigorate the Honor Code, which the report says has “been dying a slow death due to neglect for a number of years.”

After conducting numerous interviews, holding community forums, and gathering statistics, members of the task force concluded that the campus lacks “a culture that embraces the Wesleyan Honor Code as a positive aspect of campus life.” It urges that steps be taken to make the code more central to the lives of Wesleyan students.

“Integrity is at the heart of the academic enterprise,” said President Bennet. “This report provides a clear signal that we must do more to ensure that all members of the community value the code as a statement of principles to be lived day by day.”

Violations of the Honor Code have increased dramatically from the academic year ’98–’99, when 12 cases were recorded, to a high of 55 cases the following year. The average for the past two years has been about 35, and although data is not available for earlier years (permanent records are not kept), anecdotal evidence indicates the historical trend was much lower.

Data from a limited number of schools with comparable statistics (Bowdoin, Bryn Mawr, Colby, Middlebury, Trinity, and Williams) show that Wesleyan has the highest number of violations per student, more than twice as many as low-ranked Bowdoin.

Dean of the College Freddye Hill expressed concern over the types of recent violations, including downloading papers from the Web and failing to respect the conditions that professors establish for collaboration.

Despite the rise in violations, the task force reported strong support for the Honor Code among faculty and students. They found that the current Honor Board system works reasonably well, but recommended that the Honor Code be rewritten so that it is more than just a laundry list of violations and procedures.

Among the report’s many recommendations, the single most important step needed to restore the Honor Code’s role in campus life is for faculty members to discuss it with each of their classes, the task force emphasized.

“We were convinced that faculty participation is one of the most important parts of the package if the Honor Code is to regain some semblance of respect and acceptance on campus,” said John Salzer, chair of the task force and associate professor of astronomy. The recommendations were “heavily informed” by meetings with large groups of faculty members during the fall, he added.

The task force found that students are largely unaware that the Honor Code was enacted by undergraduates more than 100 years ago, and that it is supervised and controlled exclusively by students. The report urges students to reclaim their ownership of the code. Toward that end, the report recommended that all students affirm the Honor Code when they register for courses.

The task force also reviewed the Code of Non-Academic Conduct and found that it “suffers from some of the same problems of underdescription and lack of visibility that characterize the Honor Code.”

Violations have risen substantially in recent years from an average of 225 in the years ’98–’00 to 471 for the subsequent two years. Stricter enforcement of the university drug and alcohol policies accounts for most of the increase, and the majority of violators are first-year students or sophomores. In addition, the number of more serious violations, such as reported date-rapes and physical assaults, has been increasing.

“My office will develop initiatives to introduce new students to the Honor Code and the Code of Non-Academic Conduct during orientation and throughout the academic year,” said Hill. 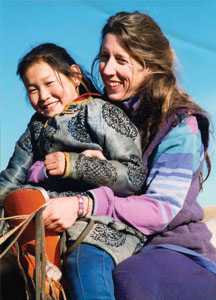