When Grant Brenner’92, M.D., looks at the future of psychiatry, he’s more likely to see magnets than pills, equally likely to see brain imaging as transformative talk therapy. An interpersonal-relational psychoanalyst, he’s also one of a small but growing num- ber of psychiatrists in the country certified to offer his clinical patients a new form of treat- ment for depression that acts directly on cells in the brain: transcranial magnetic stimula- tion, or TMS, in which short pulses of mag- netic field stimulate nerve cells in an area of the brain thought to control mood.

While the therapeutic device—reminiscent of a dentist’s chair with an attached magnetic coil on a mechanical arm—may look like the stuff of “mind-control” science fiction, it was approved by the FDA in 2008 and, as of 2010, is considered second-line (after medications) of “Best Practices” in the treatment of depression by the American Psychiatric Association. It also is gaining popular attention, thanks to a recent spot on the Dr. Oz show, as well as a write-up in the September/October 2011 issue of AARP The Magazine, which touted TMS as “shaping up to be a less drastic blues buster.”

Brenner, who began using one in 2010, was frustrated by the available treatments for depression. Some patients don’t respond well to drugs, and side effects are common.

“I very much love the neuroscience and physics of this new treatment,” he says, noting that physics was an undergraduate area of interest, “and I appreciated a way to get involved with a brain-based area of psychiatry.”

Like electro-convulsive shock therapy (ECT), TMS acts directly on the brain—but it requires no hospitalization and does not induce amnesia. Instead, TMS can be performed in a doctor’s office in a series of hour-long appointments over the course of several weeks. The magnetic stimula- tion is targeted, increasing activity in the left dorsolateral prefrontal cortex, which is involved with executive function and emotion regulation—“although that is a rough approximation,” Brenner explains.

To show what this means in the lives of his patients, Brenner offers this anecdote: “I had been referred someone who had failed many, many medications, had mul- tiple hospitalizations, and had very significant complex and multiple early-history developmental traumas, as well as adult trauma. The patient had even tried electro- convulsive therapy—the gold-standard of noninvasive treatment for depression— with no discernible effect. When we treated this person with TMS, within four to five weeks, the depression evaporated, literally before my eyes, day by day.

“I could tell, just seeing her in the wait- ing room: One day her hair was combed, another day she was reading books. Soon, there was a twinkle in her eye, a sense of humor, a sense of lightness.”

The treatment offers a contrast to those who improve after medication but suffer from unpleasant systemic side-effects—such as weight gain and sexual dysfunction—and question whether the resulting mood lift is worth the price to other facets of their lives.

Still, the treatment is not for everyone, and much remains to be learned about it. Psychiatry remains a healing art, and there is no one reliable way to treat depression, Brenner points out. “A lot of times people

self-select by trying different things, differ- ent therapists (since the therapist’s personality is very important in some kinds of therapy), until they find—we hope—some- thing that works.”

Brenner, who offers TMS in his private practice, is also affiliated with the William Alanson White Institute of Psychiatry, Psychoanalysis & Psychology, where he completed psychoanalytic training and earned a certificate in organizational dynamics. He notes that TMS is also a promising area of

Associate Professor of Psychology Matthew Kurtz, whose area of interest is schizophrenia, is a licensed psychologist with a specialty in clinical neuropsychological assessment. His own research is focused on behavior modification methods to treat people with schizophrenia, though he also uses neuroimaging in his lab. He concurs that TMS holds promise for treat- ing conditions other than depression.

“This could be a very useful way to treat patients with persistent auditory hallu- cinations that are not responsive to the traditional treatments,” Kurtz says. “TMS seems to disrupt the symptoms by altering neural activity in the brain—specifically in the left temporal lobe, which seems to be the source of these symptoms.”

Brenner is eager to encourage accep- tance of TMS treatments as part of a larger trend toward a biological understanding of the brain and behavior—although not to the exclusion of talk therapy, he notes. “Even with a solid TMS response, if people aren’t willing to make the deeper changes enabled by recovery from depression, in many cases they won’t truly change the way they live for the better.”

Brenner views the remarkable advances in understanding brain and behavior from a historical perspective.

Less than 100 years ago, British physi- cians would diagnose post-traumatic stress syndrome in soldiers with the damning three letters: “LMF” or “lack of moral fibre.” Now, even calling post-traumatic stress a disorder is considered by some to be overpathologizing, he notes: “Instead, any kind of trauma—physical, psychological, emotional, sexual abuse, physical abuse, neglect, or chronic derision—could be seen as a brain injury, though the majority of peo- ple respond resiliently to severe distress.

“When people who have been signifi- cantly traumatized are telling the story of their trauma before they have dealt with it fully,” he explains, “we see that the language area of the brain is functioning at a lower than normal level.”

The implications of our new ability to map and observe the working of the brain cast wide ripples not only in the therapeu- tic community, but also in the criminal justice system, he notes. How will these new treatment protocols—and ways to observe brain function—affect our view of culpability and our understanding of character, or “moral fibre”? Brenner is at the forefront of those willing to ask the questions, offer new treatment protocols, revise our models, and heal our pain. PROFILES —BY CYNTHIA E. ROCKWELL 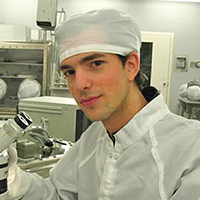 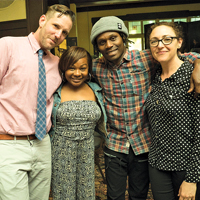