Wesleyan celebrated his achievements at the Commencement ceremonies in 1980, when François-Poncet delivered the Commencement address and received an honorary degree. In 1981, he returned to campus to deliver the keynote address for Wesleyan’s 150th anniversary.

An obituary in Le Monde noted that he was the son of an ambassador, André François-Poncet, who served as French ambassador to Germany from 1930 to 1938, and observed that the younger François-Poncet had quickly made a name for himself in the 1950s as a brilliant young diplomat. In that era, he was working with the government minister Maurice Faure in the negotiation of the Treaty of Rome, which created in 1957 the European Economic Community.  Jean François-Poncet continued in the diplomatic service under the Gaullist government, serving in Morocco and Iran. He interrupted his diplomatic career in 1971 to serve as CEO of Carnaud SA, a metal packaging business belonging to the Wendel family, to which he was connected through his wife, Marie-Thérèse de Mitry.

With the election of President Giscard d’Estaing in 1974, François-Poncet returned to government service as secretary of state at the Ministry of Foreign Affairs. From 1976 to 1978, he served as secretary general in the office of the president, a key post in French politics, and in 1978 he was appointed minister of foreign affairs, a position he held until 1981.

Elected senator from the Department of Lot-et-Garonne in 1983, he served in the Senate until 2010, chairing the economic affairs committee of the Senate until 2001 and serving as vice president of the foreign relations and defense committee. He led Senate delegations in Eastern Europe, Southeast Asia, China, Central Asia, Afghanistan, and Middle Eastern countries.

The Hon. Robert E. Hunter ’62, trustee emeritus and former U.S. ambassador to NATO (1993–1998) recalls: “Jean François-Poncet was one of the most distinguished French foreign ministers since World War II, and a great friend of this country, through ‘thick and thin.’ Wesleyan was lucky to have him as a student and later as a visitor and orator, and the relationship between the university and Minister François-Poncet, whom I was honored to have as a friend, enriched relations between our two countries and peoples. A truly good person.” 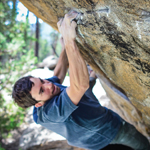