The first 2015 issue of Wesleyan just reached these shores, and much as I concur with Rob Abel ’65 and his praise of Bill Belichick ’75, I feel obliged to point out that the Pats team that won the Super Bowl had five of their own first-round draft picks among their 22 starters, not just one as Rob attests (Solder on offense and McCourty, Wilfork, Chandler Jones, and Hightower on defense). Plus Revis, a first-rounder from the Jets. Hightower, as a first-round pick, was never cut by the Eagles as Rob says; he may be confusing him with Kyle Arrington. Of course hitting on your first-round picks, when you don’t trade out of the round, is as important to success as finding players off the scrapheap. 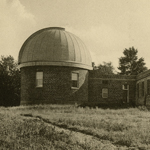