Universities often take the long view. The physical structure of the campus endures over generations and lifetimes, faculty carry out research programs that stretch over decades, and the impact of administrative initiatives may require many years to become fully apparent.

I thought about the long view in connection with the new book by David Potts ’60, Wesleyan University, 1910–1970: Academic Ambition and Middle-Class America. He tells how Wesleyan came perilously close to shutting the doors during World War II.

In the fall of 1942, there were 635 civilian under-graduates on campus; a year later that figure was 153, and it would fall again the next year to 100. By late 1942, more than 50 of the nation’s small colleges had closed and an equal number were close to bankruptcy. At a critical moment, President Roosevelt called for the military to initiate officer training programs at small colleges. Wesleyan benefited by the establishment of a naval V-5 preflight training program and a V-12 program for future deck officers. The programs stabilized Wesleyan’s financial situation and enabled its new president, Victor Butterfield, to think about the future in a bleak period.

Butterfield took the long view. In the difficult mid-war years, he began tapping sources from all over the country for potential faculty members—each “an able scholar, broad in his interests and profound in his understanding.” A commitment to liberal education and a “flair” for arousing student enthusiasm were also indispensable, according to Potts. When the post-war recruiting season opened, Butterfield had a file on more than 200 of the most promising young teacher-scholars that he was able to draw upon for many years to come as most of the faculty roster turned over.

Former ABC News Correspondent and COL grad Bill Blakemore ’65 explores on page 44 of this issue how that foresight benefited Wesleyan.

More recently, university officials took the long view by starting a campaign when the nation’s financial turmoil cast a deep shadow over the future of fundraising. Confidence in the future of our country, in the value of liberal education at Wesleyan, and in the generosity of alumni and parents was amply rewarded. The campaign crossed the $400 million mark this summer and will close in mid-2016 with gratifying success. As of now, more than 70 percent of alumni have contributed, most through the Annual Fund—and I hope that each of you will be part of this success. A future issue of Wesleyan will report on the many ways the campaign has changed the university. 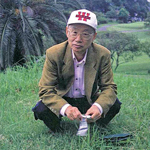