Although brought up in Arlington, Va., and educated at Wesleyan, I’ve lived in North Carolina for the past 45 years and counting, the last 25 in Greensboro. In retirement I’ve taken to doing some writing and involving myself in a small way in the poetry scene here. Recently, the local writers’ group hosted an afternoon event in Greensboro to honor North Carolina Poet Laureate Shelby Stephenson (University of North Carolina at Chapel Hill ’60). He read from his works, entertained the crowd with stories and a couple of songs to his own guitar accompaniment, and graciously autographed his books, including my copy of his Play My Music Anyhow.

“Yours is only the second in my collection of autographs of well-known poets,” I told him.

“Whose was the first?” he asked with perfect North Carolina courtesy.

When I said Robert Frost his eyes lit up with excitement, and he insisted I tell him the circumstances, which I did.

In May of 1960, when I was a freshman, Robert Frost came to Wesleyan. He appeared at the invitation of his longtime friend, professor emeritus Wilbert Snow, himself a poet and former governor of Connecticut. It was not the first time Frost had visited, and people liked the idea of two New England poets named Frost and Snow, whether they liked the poetry or not.

Before reading some poems, Frost autographed his books, including my copy of the Modern Library edition of The Poems of Robert Frost, purchased for a required English class. His signature, in blue-grey fountain pen ink in a shaky hand (he was 86 and would pass away three years later) reads simply, “Robert Frost 1960.”

Robert Frost was then and is still today an American literary icon. He was awarded the Congressional Gold Medal in 1960 for his poetry, and in 1961 he would be named Poet Laureate of Vermont. Remember, that was just before a new generation of poet-songwriters such as Bob Dylan, the Beatles, Simon & Garfunkel, and Peter, Paul and Mary would begin to reshape the landscape of popular American literary culture.

After the reading, attended by eager students and awestruck faculty alike, there was a Q&A. Softballs all, the questions covered familiar topics. On Frost’s opinion of free verse: “It’s so empty it won’t help its own cause.” (More famously, “Writing free verse is like playing tennis with the net down.”) On a widely supposed death wish, especially in “Stopping by Woods on a Snowy Evening” because of its last line, “And miles to go before I sleep”: “If there is one, it’s not mine. Maybe it’s yours.”

But then a naively ambitious student reporter from The Wesleyan Argus tossed out this interrogatory grenade: “Mr. Frost, at your age and with such a weak and trembling voice, how much longer can you keep doing these readings?”

Ending our jaw-dropping embarrassment at the young reporter’s question, Frost stood up, motioned to Snow, and said simply, “That’s enough. Let’s go.” It was the polite New England 1960’s equivalent of “We’re outta here, ya little punk!” With that they left, but not without two standing ovations. Understandably, the next day’s Argus article about Frost’s visit carried no byline.

My little poem (below) commemorates the occasion.

Did the feckless reporter (not yours truly, by the way) ask, “How much longer?” Well, eight months later Frost recited his poem, “The Gift Outright,” before millions at the inauguration of President John F. Kennedy. Long enough, I’d say.

Shelby Stephenson said he also met Robert Frost only once, but “quite by accident” and without the drama, while an undergraduate at Chapel Hill in 1958. Small world. We happily compared notes, Stephenson relishing a new appreciation of birch trees inspired by Frost, until I realized I was holding up the line of other admirers waiting patiently for a moment with him.

Fortunately, there were no improprieties imposed on Shelby Stephenson in Greensboro. But had there been, I know he would have handled them with genial aplomb, earning for himself at least one additional standing ovation.

Frost and Snow stopped by one evening,

we simple students keen as sheep

Robert yet three years from sleep

and Wilbert, longtime friend who wrote

a lot of poems too.

Familiar verse was read with feeling

to soft applause, then brief remarks

(“The death wish a projected premise;

‘til a naive query starkly

rent the mood with thoughtless menace,

killing all our joy.

“At your age how can you keep up

Frost and Snow got up to go,

But not without a standing O. 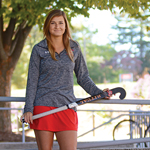