As we prepared to honor Middletown military veterans at Wesleyan University’s first home football game, I sought out one of our engaged and thoughtful student vets. Bryan Stascavage ’18 had published an opinion piece in The Argus, the school newspaper, raising critical questions about the Black Lives Matter movement. The reaction to his provocative piece was intense: Some students were angry, some hurt, and still others wondered what editors of The Argus were thinking when they published an essay that questioned a civil rights movement that has claimed the hearts and minds of so many of us on campus.

I trust the editors thought that Bryan’s essay would spark real conversations—the kind that make newspapers a vital part of so many communities’ cultural ecology. Sure, the editors got more than they bargained for.

Some students argued that the essay was racist (I don’t think it was), or at least that it participated in systems of racist domination (what doesn’t?). They made the important point that opinion pieces like these facilitate the ongoing marginalization of a sector of our student population, and they angrily accused The Argus of contributing to that marginalization.

I’m very glad these important issues were made public—sometimes quite forcefully. Those who think they favor free speech but call for civility in all discussions should remember that battles for freedom of expression are seldom conducted in a privileged atmosphere of upper-class decorum. Unfortunately, in addition to sparking conversation, the op-ed also generated calls to punish the newspaper. Protests against newspapers, of course, are also part of free speech. But punishment, if successful, can have a chilling effect on future expression.

Many students (I think the great majority) quickly realized this and, contrary to what has been reported in the press, the student newspaper has not been defunded. Students are trying to figure out how to bring more perspectives to the public with digital platforms, and I am confident they can do this without undermining The Argus.

College students have lately come in for intense criticism in the media. The image of students concerned only with the micro frustrations of everyday life as opposed to “real” issues bears no relation to the real students I encounter at colleges and universities. These students are well aware, for example, that climate change may significantly alter their lives, and that it will surely disrupt the lives of people around the world. They are learning about this accelerating catastrophe in STEM classes and political science seminars, and they are striving to find ways of mitigating its effects through sophisticated science and through policy analysis.

Our students are also well aware that they will graduate into an economy and society with greater inequalities and less social mobility than in any time since early industrialization. American college students recognize that powerful forces are dynamically increasing the accumulation of wealth in the hands of a few. They are studying how one can create robust economic growth without just reinforcing this inequitable trend, while grappling with a political arena ever more responsive to money.

Students, faculty, and administrators want our campuses to be free and safe, but we also acknowledge that the imperatives of freedom and safety are sometimes in conflict. A campus free from violence is an absolute necessity for a true education, but a campus free from challenge and confrontation would be anathema to it. Historically marginalized groups have the most to lose when freedom of expression is undermined by calls for safety. We must not protect ourselves from disagreement; we must be open to being offended for the sake of learning, and we must be ready to give offense so as to create new opportunities for thinking.

On many campuses, students from different social classes live in close proximity with one another. Given the tendencies toward economic segregation in this country, they may not have had this experience before, and may not have it again. So many of the tensions on campus stem from the close up recognition—intellectual and visceral—of unequal economic opportunity and its intersection with traditional forms of discrimination and prejudice.

My role as a university president includes giving students opportunities to make their views heard, and to learn from reactions that follow. I continue to defend freedom of expression, and I also continue to recognize that not everyone has equal access to the tools for making use of that freedom. I will continue to support those who want to speak out with views that may be at odds with the campus mainstream. That’s a simple commitment to free speech, and I view it as core to the educational enterprise.

Our campus communities, like the rest of society, will be more inclusive and free when we can tolerate strong disagreements while also preserving an ongoing community that values conversation. Through our differences we learn from one another. UPFRONT 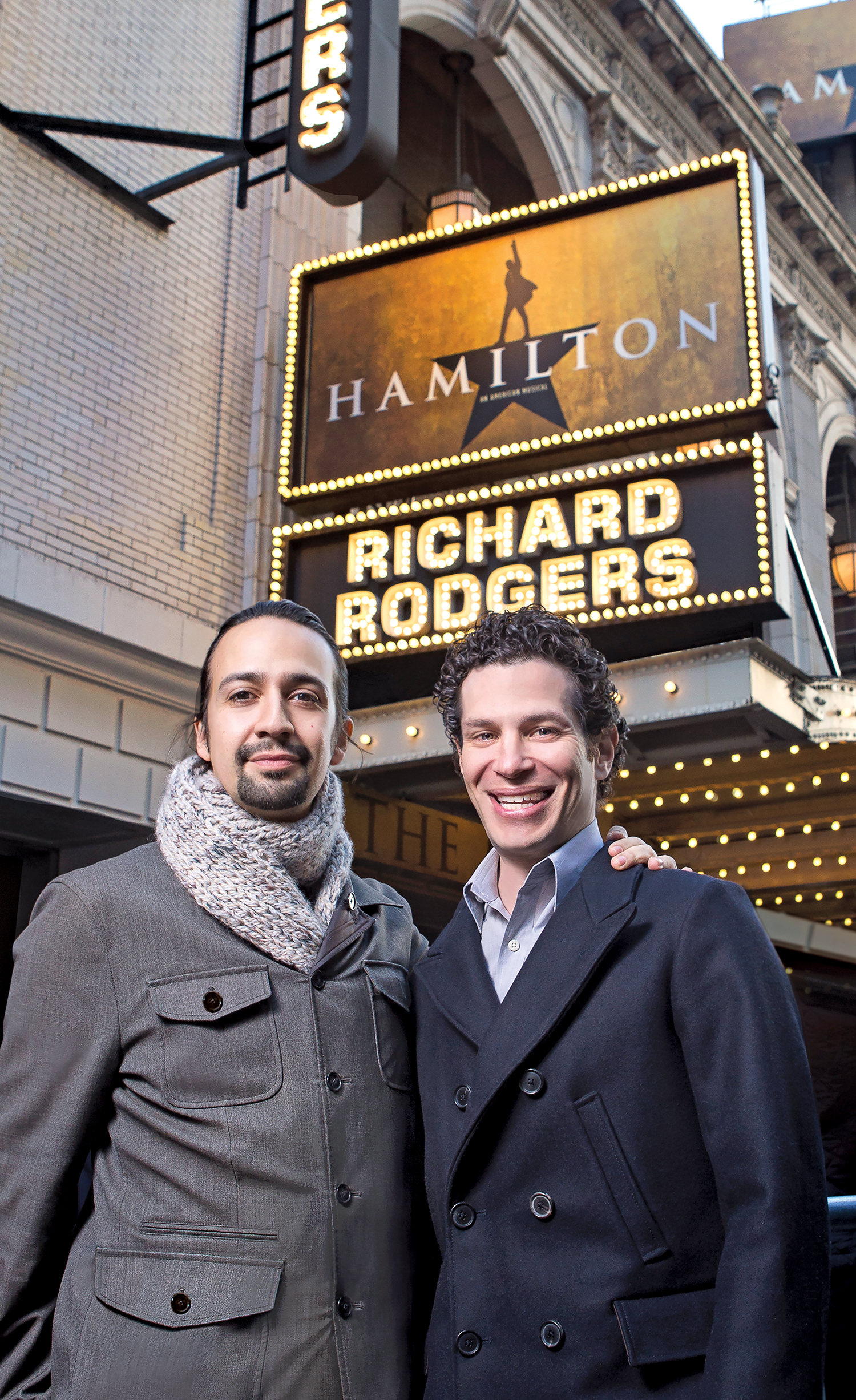 A MUSICAL REVOLUTION ON BROADWAY