You published an interview with David Potts ’60 about his most recent book on the history of the college (Wesleyan, 2015, #1). Although the book covers the 1960s, I find only a vague reference to the university’s participation in the Civil Rights movement.

I write to laud a recent article in Wesleyan (2014, #3, “Freedom Riders Recall: Life-Changing Events from the Summer of ’64,” by Jim H. Smith) about students’ participation and to suggest that someone cover the roles played by faculty at that time, which were quite considerable. The Rev. Dr. Martin Luther King Jr. came to Middletown at that time, a guest of Professor John David Maguire (subsequently president of the five associated colleges in Claremont, Calif.); Marian Wright (later Edelman), founder and chair of the Children’s Defense Fund), came and suggested that Middletown be a sister city for Belzoni, Miss., and that we invite an African American high school graduate from Belzoni to take a PG course at Middletown High School. We did. Carolyn Williams came and lived with our family, then married Jerry Scott ’69. Carolyn went on to community college and eventually headed up a Head Start program in Hartford. She is now deceased.

One of my most vivid memories is of Bob Moses, who taught us the “freedom songs.” He, at that time, was on a limited diet because of having been beaten with rubber hoses in a Louisiana jail. I was many years later delighted to read that he is alive and well, living in Cambridge, Mass., and going regularly to Mississippi to supervise use of his Algebra Project, which is also used by at least one town in Massachusetts.

Middletown sent goods to Belzoni and a delegation—who were warmly welcomed—to the second Edmund Pettus Bridge march in Selma. 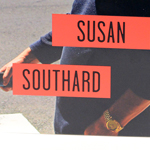 BETWEEN THE LINES: LIFE AFTER NUCLEAR WAR: THE OTHER SIDE OF THE STORY