I thought I knew the answer, and in my mind this odd twist in the history of a progressive institution arose from antagonistic feelings harbored by male students who felt threatened by the academic prowess of their female peers.

Men were certainly antagonistic and the small number of women at Wesleyan then were academic achievers, but the story is much more complicated and hinged on concern over Wesleyan’s competitive position versus its all-male peer institutions, as well as the views of powerful alumni.

The ups and downs of coeducation at Wesleyan make for a fascinating story—just one of many that I savored while preparing for this issue of the magazine by taking a deep dive into the two histories of Wesleyan written by David Potts ’60: Wesleyan University, 1831–1910: Collegiate Enterprise in New England and Wesleyan University, 1910–1970: Academic Ambition and Middle-Class America.

My enjoyable immersion in Dave’s work has changed the way I walk across the campus. By that I don’t mean the route I take when going to the Freeman Athletic Center for my workout. Rather, I feel the presence of Stephen Olin as I stroll past Olin Library and have now come to appreciate the enormous impact this one trustee had on the development of Wesleyan’s physical campus. Starting with Willbur Fisk and his belief that graduates could change the world for the better, our history is a testament to the power of individuals to shape an institution. Some are enshrined in the names of buildings (Van Vleck, Atwater, Judd), while others might remain buried in the library’s archives if not for Dave’s artful storytelling (Stuart Hedden, architect of Wesleyan’s surge in wealth during the mid-20th century, for example).

Ironically, for all that he did to help build the modern Wesleyan, Stephen Olin was no friend of coeducation. In fact, his views about women would put him somewhere to the right of Archie Bunker. He was a product of a male-dominated culture at Wesleyan, where all-male fraternities prepared young men to function in the social milieu and men’s clubs of New York City and other major urban areas. Women had no place in that Wesleyan and the failure of Wesleyan’s first venture into coeducation seems almost preordained.

So how did we get from that low point (though it was viewed as a step forward at the time by no less an authority than The New York Times), to the much-celebrated return of coeducation in 1968–70? For insight, please read further in this magazine or pick up Dave’s books and follow the story in riveting detail. 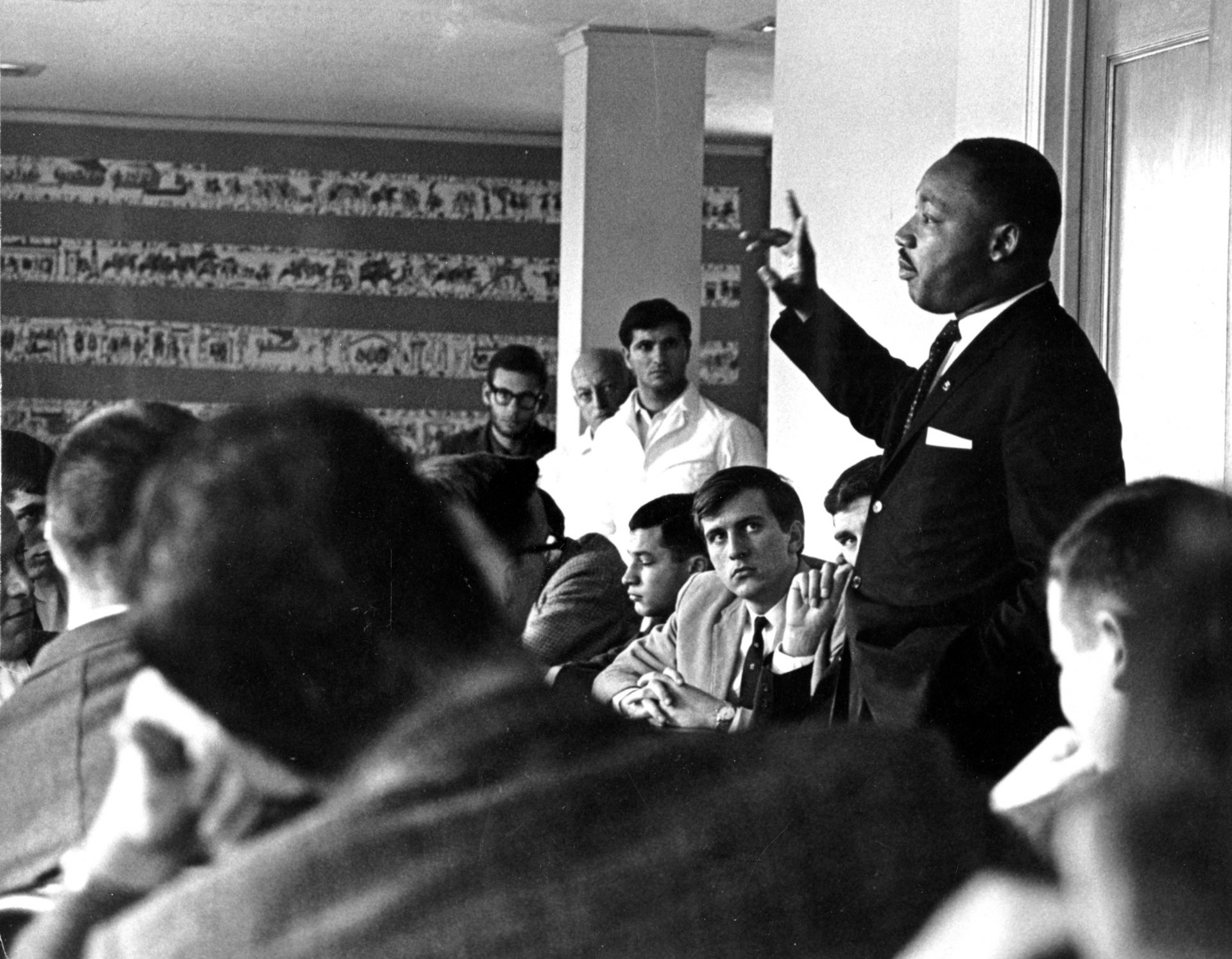