ROLE OF SAYRE (1917) IN AEP ACQUISITION
I enjoyed your article on the history of Wesleyan but was disappointed with the rather cursory description of the University’s good fortune derived from the acquisition of the American Education Press in 1949. As you point out, this “sweetheart” purchase was carefully crafted to pay for itself. The ultimate sale to Xerox for stock and the profits generated upon the sale of Xerox stock created tremendous wealth for Wesleyan—wealth that helped fund scholarships, attract and pay outstanding professors, and fund the construction of new buildings.

As they say, “success has many fathers.” While I wouldn’t take anything away from the role Stuart Hedden played, I believe my grandfather Harrison Sayre ’17 was every bit as important to making this deal happen. As David Potts wrote in his book that you used as a source document, Harrison Sayre was also on the Wesleyan Board of Trustees during this period. He was the cofounder of the American Education Press in 1928 and had been its president since 1930. His partner, Preston Davis, owned a controlling stake in the company. Preston Davis had a plan to sell the business to another buyer when Harrison Sayre suggested that he sell it to Wesleyan instead. My grandfather suggested the idea to Wesleyan and convinced Stuart Hedden to visit the company in Columbus, Ohio. Potts goes on to say, “As Hedden gained knowledge of the company’s financial records and its potential for meeting Wesleyan’s urgent financial needs, Sayre advised that he ‘buy this for Wesleyan.’ Hedden quickly concluded that Sayre’s enterprise was the ‘golden opportunity’ for Wesleyan.” My grandfather went on to convince Preston Davis to accept Wesleyan’s low-ball, structured offer and eventually supported the ultimate sale by Wesleyan to Xerox.

As an aside, Harrison’s sons, my uncles Jim ’47 and Bob ’55 Sayre, were students at Wesleyan during this period and I and many of my Sayre relatives have also graduated from Wesleyan since then. I believe we have all benefited generously from the success of this “deal of a lifetime.”
Bob McNamara ’75
Bronxville, N.Y.

WHERE ARE THE EARLIEST WOMEN OF COLOR?
Reading the most recent issue of Wesleyan, I was disappointed that the perspectives of the earliest women of color at Wesleyan were not included in your article “All You Need to Know About Wesleyan History (Not Really).” Though you rightly mentioned that the university admitted women again in 1968 and detailed the experience of the first African American male student at Wesleyan, the magazine omits the names and experiences of the first women of color at Wesleyan. This is a grave omission indeed.

Given the drawing of a white woman to accompany the sidebar “Ladies, Adieu,” I venture that African American, Latina, Asian American, and Native American women were not admitted to Wesleyan until at least 1968. A perspective from one of Wesleyan’s earliest women of color would have been an excellent addition to Christine Foster’s “Oral Histories” article, since these women likely faced distinct challenges from their white female peers as well as their male peers of color.

I appreciate that Wesleyan highlighted the success of Maria Santana ’98, Shivani Siroya ’04, and J.R. Rhodes ’90 in its alumni profiles. Given their amazing work, it is clear that women of color have made immeasurable contributions to Wesleyan’s legacy. Our history deserves to be chronicled with care.
Sincerely,
Paulina Jones-Torregrosa ’15
English and Feminist, Gender, and
Sexuality Studies Major
Somerville, Mass.

MAKING A POSITIVE DIFFERENCE AT A YOUNG AGE
I am enjoying this issue [December 2017] of Wesleyan magazine immensely. I wanted to write because the “Foothold for Students of Color” on page 30 particularly resonated with me. My father, Martin L. Coyne ’53, was the president of Phi Sigma Kappa in 1952 and was the person who wanted David Morris ’55 to join the fraternity. It was also he who decided to break with, and encouraged his fellow fraternity members to agree, the parent organization when they would not accept the admission of a black member.

My father has accomplished, and continues to accomplish, many achievements that have had and continue to have positive effects on the lives of others. This reminded me that he started making a difference in the world at a young age.
Sincerely,
Melissa Ann Coyne ’81
Boca Raton, Fla.

WESLEYAN IN THE GRIP OF LEFT-LEANING THOUGHT
I read with interest (and some measure of hope) President Roth’s letter about encouraging a diversity of opinions within the university. Alas, after a full reading, I fear Wesleyan is so tightly in the grip of left-leaning thought that President Roth himself cannot recognize his own biases. What hope is there for diverse opinions being tolerated when the person who is meant to lead makes a statement like the following: “New provincialisms and nationalisms are gaining force through fear-based politics; such orchestrated parochialism is antithetical to liberal learning, and liberal learning is one way to counteract it.”

It may come as a surprise to President Roth that there are many of us who do not view nationalism as fear-based. We have genuinely held beliefs about open borders and national sovereignty, a rational immigration policy, etc., that are not based on xenophobia or any other negative motivation as implied.
When I was a student there was a great diversity of viewpoints that were voiced in “bull sessions” that went on well into the wee hours of the morning. People were not demeaned for their viewpoints either directly or subtly. I fear if I were to come to Wesleyan today, my viewpoint and those of us with a more conservative bent, would be met with the derisiveness exemplified by Wesleyan’s president—a mind so sure of its own conclusions that it fails to recognize its insulting tone and its effort to close discussion before it begins.
Chas. A. Bassos ’65
Bluffton, S.C.

MANY USES FOR THE TUNNELS
Not only were the Wesleyan tunnels useful for WESU transmissions, but they also offered possible salvation. In October 1962, sufficiently frightened out of our youthful wits by the looming Cuban Missile Crisis, several friends and I decided to sit out Armageddon in the tunnels. To that end, industrial-sized cans of soup and jars of peanut butter were liberated from the EQV larder (note the passive tense: no actor involved!) and strategically cached.

Having grown up in the Eisenhower era of laughable civil defense drills in our schools (and, for me, once, at 11, with my father at a tollbooth on the Merritt Parkway: just duck under the dashboard), we figured that even if Mr. Khrushchev learned of our effrontery and decided to target Wesleyan directly, we’d survive.
Nick Puner ’64
West Tisbury, Mass 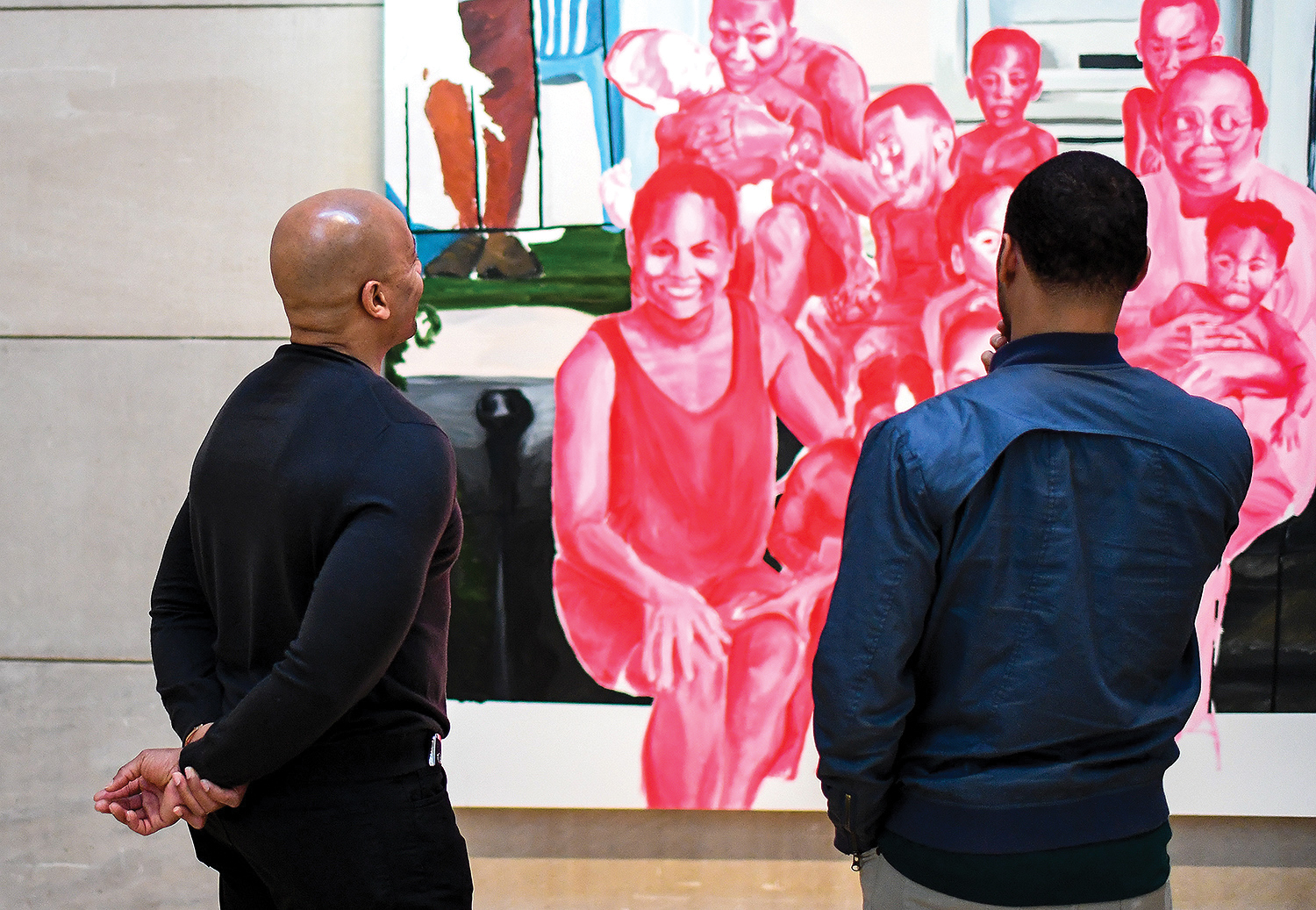 CONSIDERING PRESIDENT ROTH’S Beyond the University