Steven Tejada ’97 brought an excerpt from Boogey Down Journeys, his oneman show of original monologues, to the Black and Latino Alumni Reconnection/ Reunion Weekend this June in Washington, D.C. The characters he creates are drawn from his experiences growing up in the Bronx, attending Wesleyan, and working on Wall Street.

His audiences are generally younger than the Wesleyan alumni, mostly from the ’70s, who faced him then; high schools and colleges book him regularly. But the universality of themes, depth of characters, and emotion in Tejada’s delivery held the older audience rapt.

“It was funny, insightful, and touching,” recalls June Jeffries ’75.

“A lot of the people came from New York, so they especially connected with his material,” says Evans Jacobs ’73.

That night’s monologue showcased Tejada’s favorite “child” of his creation, Tito, a streetwise young man bidding his best friend goodbye as this friend leaves the ’hood for college. Tito struggles with a range of emotions.

“Tito is proud of his best friend, but he’s afraid of being left alone,” says Tejada. “He’s funny and charismatic; he gives me plenty of room to improvise.”

Tejada’s ability to portray life through these characters–and the humor he allows them in their struggles to survive– has propelled him into full-time performance. He had long ago left Wall Street, committed, instead, to working with students of color, and had been director of admission and placement with the Albert G. Oliver Program. Juggling an increasing demand for Boogey Down with his work at the New York nonprofit, he came to the understanding that his art, too, was an important way to touch lives, and he took the show on the road.

After the D.C. performance, he performed at an inner-city youth program in Philadelphia, where fourth-graders, his youngest audience yet, were touched by Tito in “Brotherly Love,” as he calls the monologue. “The kids wanted my autograph,” he marvels. “I asked them, ?Are you sure? I’m not a rap star.’ But they did.”

Another time, two young men from Croatia saw his piece, and, like the young autograph-seekers who clustered around him after the show, they had to make that personal connection with Tejada afterwards. “The idea of leaving home for educational opportunities, of remembering the people they left behind, of visits back home and dealing with the new differences–they knew that; they understood.”

Steven Tejada invites alumni to contact him at steventejada@yahoo.com. 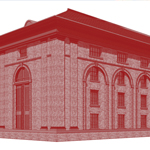