One small aspect of Barack Obama’s rise to the White House is actually not groundbreaking: he is far from the first future president to find his way to Wesleyan. Middletown has played host to four sitting presidents and several presidential candidates or future presidents. Long before Wesleyan was a gleam in Willbur Fisk’s eye, at least four members of this illustrious group had made their ways to Middletown.

America’s first four presidents—George Washington, John Adams, Thomas Jefferson, and James Madison—all traveled to Middletown during the late 18th century. Only Washington was president of the United States at the time of his visit. The occasion was a tour of the Eastern states, so that the new president, just six months in office, could get better acquainted with the land and people of his country. Washington’s visit to Middletown was brief: he arrived at one in the afternoon, walked around the town, ate dinner, and left about three o’clock. The president was impressed with the beauty of the surroundings and the productivity of the farmers. Amazingly, the sources are quite clear that George Washington did not sleep here!

Future presidents John Adams, Thomas Jefferson, and James Madison did spend the night in Middletown, resting at Bigelow’s Tavern in August 1774 (Adams) and June 1791 (Jefferson and Madison). Adams was en route to a Continental Congress, while Jefferson and Madison were traveling together on their “Northern Journey.” Madison identified his reasons for the trip as “health, recreation, and curiosity,” but it was widely assumed, then and now, that political purposes were at the root of the trip.

The first United States President to visit Wesleyan was Andrew Jackson. On May 20, 1833, as part of a tour of New England cities, he traveled by boat to Middletown from Hartford. Jackson disembarked and traveled up the hill to the college, where he met President Willbur Fisk and the Wesleyan faculty.

Four years later, future president Rutherford B. Hayes, then a boy of 15, attended Isaac Webb’s school in Middletown on the northeast corner of High and William streets (site of Wesleyan’s power plant today). The future president’s letters home show a keen interest in politics and marvel at the delicious Thanksgiving dinner he ate. Hayes graduated from Kenyon College in his native Ohio.

The future president with the strongest connection to Wesleyan was Woodrow Wilson, who taught political economy here from 1888 to 1890. He founded Wesleyan’s debate club, and his staunch support of Wesleyan’s football team was well-remembered by students of his day.

President William Howard Taft came to Wesleyan in November 1909 for the inauguration of Wesleyan President William A. Shanklin. Franklin Delano Roosevelt drove by Wesleyan during a trip through Middletown in October 1936. Unfortunately, few students were able to see Roosevelt’s motorcade, since its route was unexpectedly changed from High Street, where students waited in front of Fisk Hall, to Church Street, where a few students glimpsed the President from Olin Library.

Over the years, numerous presidential and vice-presidential candidates have given lectures and made campaign stops at Wesleyan. One of the most frequent visitors was Norman Thomas, the perennial candidate of the Socialist Party of America, who spoke at Wesleyan at least three times during the 1930s and 1940s. Richard and Pat Nixon held a rally here in 1956, campaigning for the Eisenhower/Nixon ticket.

The 1984 presidential campaign was a period of fierce political activity at Wesleyan. Before Walter Mondale was chosen as the nominee of the Democratic Party, Senator Chris Dodd, himself a future candidate for president, held a rally for presidential hopeful Gary Hart. Middletown and Wesleyan strongly supported Hart in primary voting. In March 1984, Jesse Jackson drew a crowd of “close to 500” (according to the Argus) for a campaign speech at Crowell Hall. Finally, on Sept. 21, 1984, former independent presidential candidate John Anderson campaigned at Wesleyan for the Mondale-Ferraro ticket. Anderson’s rally on the steps of North College drew a crowd about half the size of Jackson’s. Of course, Ronald Reagan, who did not campaign at Wesleyan, won the election.

In more recent election years, there have been fewer visits than in 1984. Vice-presidential candidate (and future candidate for president) Al Gore held a campaign rally for the Clinton/Gore ticket at Freeman Athletic Center in October 1992. Senator Bill Bradley spoke at a Democratic campaign rally at Memorial Chapel in November 2000, but by then he was out of the race and endorsing the Gore/Lieberman ticket.

Most recently, the government’s interpretation of the laws surrounding the nonprofit status of colleges has become more strict, and campaigning on campus has diminished. Barack Obama’s Wesleyan Commencement address last year was clearly defined as outside the presidential campaign. No other hopefuls visited Wesleyan.

Special thanks to Paul DiSanto ’81 and others who wanted to know if Barack Obama was the first president-elect to visit Wes. 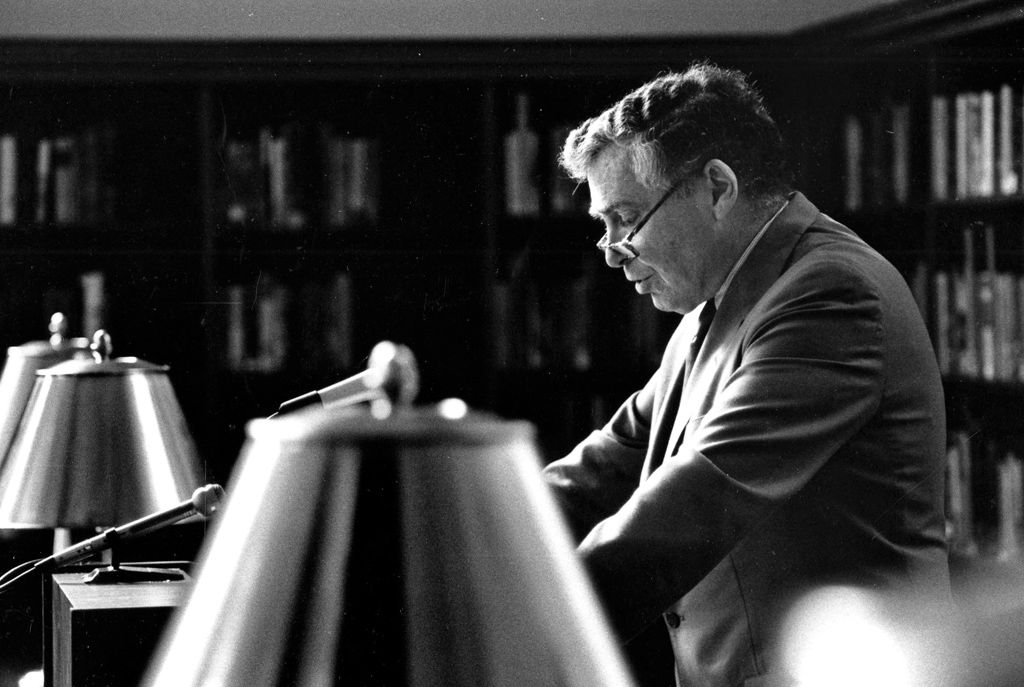 Historical Row: Colin Campbell: In His Own Words 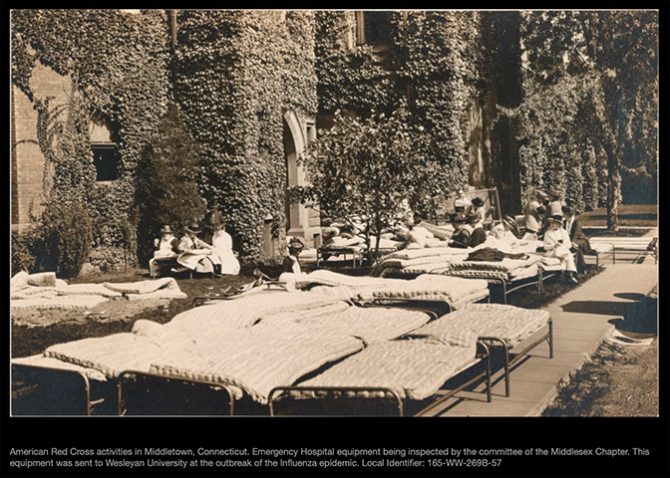