Many people think that Herbert Hoover took a hands-off approach to the Great Depression and that FDR embraced deficit spending. Not so, says Professor of Economics and CSS Tutor Richard Adelstein.

The dramatic financial crisis that confronted President Barack Obama when he took office called to mind the election of 1932, when Franklin Delano Roosevelt assumed office in the midst of the Great Depression. He is widely credited with having tackled the Depression with vigor during his first 100 days and with having adopted the modern Keynesian view of countercyclical deficit spending to right a sinking economy. Except that’s not what happened, according to Professor of Economics Richard Adelstein.

WILLIAM HOLDER: Aside from the onset of the Depression, what else led up to FDR’s dramatic first 100 days?

RICHARD ADELSTEIN: The election of 1932 was a contest between Hoover and Roosevelt, both of whom were shaped by their experiences in WWI. The country had gone through an enormous industrial revolution, which had seen the advent of mass production and the development of national markets. By 1917, the economy was dominated by huge manufacturing firms that would continue to dominate it through most of the 20th century—Ford, U.S. Steel, Standard Oil.

The war saw the first effort at central planning for the U.S. economy through the War Industries Board. Production was coordinated in various sectors and efforts were made to ensure there would not be unjust distribution of profits. The program was managed by professional managers from industry, “dollar-a-year men,” who donated their services to the government.

RA: By war’s end, the planning effort had been so successful that it seemed a kind of culmination of the Industrial Revolution. It appeared that the chaotic ups and downs of the economy could be managed by politically neutral, scientifically trained experts drawn from the ranks of business managers. Hoover and Roosevelt both subscribed to this idea. But the country didn’t, and the central planning apparatus was disbanded.

RA: I think Hoover is the most misunderstood figure in American history. People think of him as a laissez-faire president who didn’t do anything in the face of the Great Depression and was thrown out by Roosevelt who did know what to do and did it. This is wrong on almost all counts. Hoover was modernistic, an engineer who believed in control and planning. He was the first politician to understand that the economy had been changed radically by the Industrial Revolution. After 1900, the economy was no longer based on subsistence; we could produce more than enough goods for everyone to survive and the question was how to organize production to avoid boom and bust. He recognized that mass production required mass consumption. He preached the gospel of high prices and high wages.

WH: So he understood the need for countercyclical spending when the economy turned down. But he had no way of delivering that spending, did he?

RA: Right. He was a Keynesian before Keynes. But for Hoover, the balance wheel of the economy would not be government spending and borrowing; it would be private spending and borrowing. Hoover urged private firms to set aside construction reserves to be spent at depressions in the business cycle. If every firm had followed his advice, it would have worked. Although it was irrational for a single firm to open a new factory in a recession, that act became rational if all firms did it together. Hoover hoped that he could rely on professional business leaders to plan production and coordinate supplies and the movement of goods in the public interest. However, when the economy turned down in 1930, none of the voluntary stabilizers that Hoover had been urging had been put in place.

WH: Are you saying that the private sector didn’t come through as he’d hoped?

RA: Hoover tried to marry a modern 20th-century economics with a 19th-century view of government that left business in the hands of the businessmen. This caused his ruin. He believed in rational control of the economy but could not bring himself to believe that government should do the controlling.

WH: Could the federal government have saved the country from the worst ravages of the Great Depression by spending more?

WH: Didn’t Keynes develop a theory of how the government could help through countercyclical deficit spending?

RA: It’s worth noting that Keynes himself in 1932 was not yet a Keynesian. In this respect, Hoover was a much bolder, more forward looking economic thinker than Keynes. Not until the middle of the Depression did Keynes start thinking of the state as a countercyclical force in the economy.

Hoover was not an ideologue. He was practical. But his vision wouldn’t have worked. He had an innocent faith that business leaders would fix outputs and prices for reasons other than self-interest, that they wouldn’t gouge the public. He assumed they were public-spirited professionals. He was wrong. They did not heed his admonitions to keep wages high and provide private unemployment insurance and other stabilizers. During the ’20s, as long as the business cycle was at a peak, that was okay. As soon as demand turned down, it was every man for himself and the cooperation stopped.

WH: How did FDR respond to the economic mess?

RA: The centerpiece of Roosevelt’s 100-day program was the National Recovery Administration, which was a re-creation of the War Industries Board—effectively a way to preserve Hoover’s vision of the economy except to put the government in charge and to put the force of law behind wage and price agreements. The NRA was a disaster that anyone who has taken Econ 101 can understand. The theory was that prices and wages were too low, so the trick was to get prices up by artificially limiting production. So, in an economy where there was 25 percent unemployment, where the nation really needed factories to pump out goods and get people working again, the policy of the NRA was to restrain production and fix prices high in the hope that this would increase the revenue of firms. But people couldn’t afford to pay high prices for artificially scarce goods. The economy responded by getting worse. By the time the NRA was declared unconstitutional in 1935, it had been dead politically for a year. Once the NRA was gone, Roosevelt had no economic policy at all. The economy drifted through the rest of the 1930s.

WH: Are you saying that FDR was not a Keynesian?

RA: FDR was the staunchest anti-Keynesian in his administration. Once the NRA was gone, he went back to the gospel of balanced budgets. As a result of involuntary deficits caused by low tax revenues, in 1936 unemployment had fallen from its peak of 25 percent in 1932 to 18 percent. Roosevelt said it was his moment to balance the budget. The following year unemployment was back up to 25 percent, where it stayed until we started to build tanks and destroyers for the war.

WH: If Roosevelt had no coherent economic policy, are we doing better now?

RA: We’ve had two economic theories in recent years. One was that the economy works beautifully by itself and we just need to get out of the way. That was discredited in the fall. It’s been replaced by the only other game in town: Keynes. Generals are accused of fighting the last war, and now President Obama and his advisers are using the theory of the last great economic crisis, despite the fact that the economy in 2009 is radically different than it was in 1932. Certainly, the macroeconomic theories that economists have been working with are bankrupt. Economists were massaging oceans of economic data with extremely complex models, and almost every one of them was completely blindsided by the greatest economic event of our lifetimes.

WH: So where do we go from here?

RA: No one really knows what will happen in the economy. Indeed, what happens to the American economy is no longer under the control of Americans. More fundamentally, it’s essential to understand that economies are hysteretic—they change over time as a result of experience and history, so that models that are reasonably correct at one moment in time become incorrect later because the object of study itself has shifted beneath the theory. We can only hope that Keynes’s theory will have more staying power than others, that the stimulus will work as the president’s economists believe it will, and that the colossal debt added to the already colossal debt bequeathed to us by Obama’s predecessors will not sink the ship. 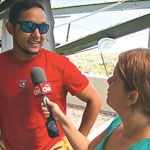