Specifically, she wants your memories of Wesleyan in the late ’60s, early ’70s.

A clinical psychologist and professor of psychology, Diamond has undertaken a project both professionally and personally meaningful: to interview alumni and faculty who were on campus for the beginning of Wesleyan’s second era of coeducation.

Inspired by a presentation by University Archivist Suzy Taraba ’77 and assistant archivist Valerie Gillispie that included the study of coeducation at Wesleyan by Louise (Lucy) Knight ’72, Diamond hopes her study will, through numerous individual accounts, recreate the texture of those heady, sometimes confusing times. She’s eager to explore the influence that coeducation has had on their later lives.

“There is so much curiosity about that era and so many feelings that get generated, but we don’t have a lot of documentation,” says Diamond, who, with her husband, John Alschuler ’70, will not only be chairing the 40th Reunion for 1970, but also will be hosting a WESeminar, a dialogue about co–education, that will launch this project. Diamond plans to distribute a questionnaire online and follow up with personal interviews. Those interested may contact her at Reunion or at ddiamonda@gmail.com.

“The women who spearheaded the movement to coeducation in men’s colleges were part of a silent revolution, in that there was not much fanfare about the transition at that time. In fact the shift to coeducation was part of the wave of social change that was sweeping the country,” she says. “We didn’t think of ourselves as pioneers but we were.“

Alschuler has a different take on Diamond in that era: “Actually, I think you did think of yourself as a pioneer, but you seemed to take it in stride. You weren’t by any means nonchalant; I think you thought that it was the natural thing to be doing.” 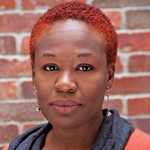