In Share, Retweet, Repeat: Get Your Message Read and Spread (Prentice Hall Press, 2012), John Hlinko offers an essential guide to viral marketing for anyone who wants to spread a message, whether it be for a political movement, a small business, or any kind of entrepreneurial effort.

In the world of modern marketing, few things are more prized than “going viral,” i.e., having people spread your message for you. I’ve been a big proponent of viral marketing for years, for one simple reason: it dramatically improves your bang for the buck. It has for me, again and again, across a range of campaigns. After all, paying to reach 10,000 people and having them spread it to 10 mil- lion is a lot cheaper than paying to reach the whole bunch.

Of course, while it sounds great in theory, in practice it’s tough to pull off. Most mar- keting folks I know view viral marketing the way they would a magical tree that sprouts diamonds. “Sounds awesome, but how the heck do you actually make it happen?”

Over the last several years, I have helped launch multiple efforts that “went viral.” Most of my work involved politics. I was fortunate to help lead MoveOn.org in its early days and see one of the first truly explosive viral movements grow firsthand. I managed to pull off a number of other viral efforts myself in subsequent years, includ- ing a “draft” movement in 2003 to convince Wesley Clark to run for president and a simi- lar effort on behalf of then-Senator Barack Obama in 2006.

These were shoestring efforts, with incred- ibly small budgets. In order to make an impact, viral marketing wasn’t a luxury, it was

a necessity. We needed to reach people who weren’t just willing to take action, but who were the “multipliers” and “thought lead- ers” in their peer groups, i.e., the ones who friends and families turned to for advice on these matters. And we needed to offer mes- sages that were cool, interesting, impactful, and “spread-worthy.”

In 2010, I launched my most viral effort to date, Left Action, an activist network that grew to over a million members, powered by viral marketing. Suddenly, there was real interest from agents, publishers, and the other folks who make a book possible. Plus, there was real motivation at home, given that my wife, Leigh Stringer, had published

her own book the year before (The Green Workplace) and was gently chiding me on a regular basis about having “lapped” me!

I started my effort by researching what others had written on the subject. I noticed that authors tended to focus on just one part of the equation. Some dealt with mes- sage, i.e., how to craft the most viral one. Some focused on the messengers, finding those most likely to spread something. Finally, others dealt with the mechanism, how the message was delivered (Internet or social media, typically).

For a guidebook to be useful to most entre- preneurs, I thought it should incorporate recommendations for all three components, i.e., the “Viral Trifecta,” as I call it in the book. Here’s the CliffsNotes version:

1) Message: The most viral messages are those that make an emotional impact rather than just an intellectual one. They use humor. They shock. They anger. But they get noticed. Further, they’re the ones that make the spreaders look good in the eyes of their recipients (they’re new, they’re cool, etc.).

2) Messengers: In my experience, 5 per- cent of message recipients do 95 percent of the spreading. Who are the spreaders you should target? Those with large “audiences,” for one. Lots of e-mail contacts, Facebook friends, Twitter followers, etc. This doesn’t guarantee that they will spread your mes- sage, but if they do, they’ll spread it to a heck of a lot more people. Also, those active in social media, since they’re more likely to be overt about their opinions and actions, and thus to spread messages. Most important, however, is the testing. The beauty of the Internet is that you can in fact track most sharing to specific individuals, if you just take the time to crunch the data. And once you know who’s spreading, you can hone your message accordingly to appeal to them— and get them spreading even more.

3) Mechanism: This was the easy part. you want to get a message to spread? Deliver it via the Internet and, in particular, social media.

Writing 60,000 words wasn’t easy. But some parts of it really were a heck of a lot of fun. For a chapter on “humor,” for example, I interviewed Fred Armisen from Saturday Night Live and Kevin Bleyer, a writer for The Daily Show. My goal was to really hone in on what kind of humor was most likely to spread. The answer? The type of “revelatory” humor which, as Bleyer put it, “manages to crystallize a thought that many people have had but haven’t been able to express.”

I also used all my “brain muscles” (thank you, CSS) as I researched things ranging from the lofty—“using cognitive dissonance to spur spreading”—to the very tactical—“using line breaks in Facebook posts to increase their size so they’re more likely to be viewed.”

Fortunately, when launch day arrived, the book sold very well, managing to reach the #2 position on Amazon.com in “Web mar- keting” and #1 in the “retailing” category. For a first-time author, I was pretty psyched.

Most satisfying of all, however, were the messages from readers telling me how they were using the book to help launch or pro- mote their own efforts. There’s something really cool about realizing that you’ve helped someone finally kick themselves into action— and take a shot at their dream. UPFRONT

John Hlinko ’89 lives in New York City with his wife, Leigh Stringer, and their daughters, Kate and Ali. He is the head of Left Action, a network of more than 1 million progres- sive activists, headquartered at LeftAction. com. You can learn more about his book at ShareRetweetRepeat.com. 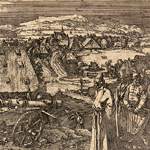 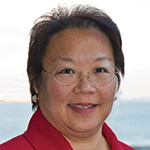 MESSAGE FROM THE CHAIR: REFLECTING ON THE PAST TWO YEARS