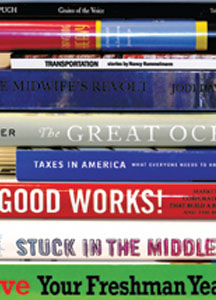 This handsome hardbound coffee table book is part of a recently released Lawrence of Arabia 50th-Anniversary Collector’s Edition Blu-ray box set that celebrates the 2012 4K digital restoration of the Academy Award-winning classic, directed by David Lean. The 88-page publication contains striking color and black-and-white photographs, a history of the epic film’s significance, insights into the making of the movie, and editorial pieces by film directors Martin Scorsese and Steven Spielberg and film historian Leonard Maltin. The book is only available in the box set and has been translated into four languages (French, German, Spanish, Italian).

Storyteller and cultural anthropologist Behar recounts her life as an immigrant child and later as an adult woman who loves to travel but is terrified of boarding a plane. She shares moving stories about her Yiddish-Sephardic-Cuban- American family, as well as the kind strangers she meets on her travels. The author refers to herself an anthropologist who specializes in homesickness, and she repeatedly returns to her homeland of Cuba. She asks the question why we leave home to find home. Kirkus Reviews wrote about the memoir: “A heartfelt witness to the changing political and emotional landscape of the Cuban-American experience.”

JENNIFER FINNEY BOYLAN ’80 Stuck in the Middle with You: A Memoir of Parenting in Three Genders CROWN, 2013

Boylan writes about parenthood from both sides of the gender divide—a father for ten years, a mother for eight, and for a time in between, neither, or both. When her children were young, Boylan came out as transgender, and as the author transitioned from a man to a woman and from a father to a mother, her family faced unique challenges and questions. In this touching and often humorous memoir, she asks what it means to be a father, or a mother, and to what extent gender shades our experiences as parents. Boylan’s book includes interviews with Richard Russo, Edward Albee, Ann Beattie, Augusten Burroughs, Susan Minot, Trey Ellis, and others as she looks at relationships with fathers and mothers, people’s memories of the children they once were and the parents they became, and the various ways families connect. In the book’s afterword by Anna Quindlen P’07, Hon. ’09, Boylan and her wife, Deirdre, talk about the challenges they have faced in their loving marriage.

Respected tax scholar Burman is the co-author of this clear, concise explanation of how the U.S. tax system works, how it affects people and businesses, and how it might be improved. Organized in a question-and-answer format, this highly accessible book describes the intricacies of the modern tax system in an easy-to-grasp manner. It starts with the basic definitions of taxes and then examines more complicated and controversial issues such as the large number of social programs hidden in the tax code, how taxes affect the economy, how taxation burdens are distributed, and the costs of running the tax code for both the IRS and taxpayers. The book also considers the political process, the beginnings of ill-advised tax proposals, and options to improve the tax system.

Daynard sets her compelling work of historical fiction during the founding days of America. The highly detailed novel centers on midwife Lizzie Boylston from her grieving days of widowhood after Bunker Hill, to her deepening friendship with Abigail Adams, and finally to her dangerous work as a spy for the Cause. Daynard takes the reader into the real lives of colonial women patriots and explores human connections during a violent time. Publishers Weekly called the book “a charming, unexpected, and decidedly different take on the Revolutionary War.”

Hessekiel and his fellow writers provide helpful advice on integrating marketing and corporate social initiatives into broader business goals. The introduction explores why some marketing and corporate social initiatives fail and others succeed and then looks at six social initiatives for doing well by doing good. Other chapters consider how corporate managers and staff can choose the most appropriate issues, best partners, and highest potential initiatives. A final section devoted to nonprofits and public sector agencies seeking corporate support offers advice on how to create mutually beneficial partnerships. The book offers guidance on the effective execution of marketing campaigns, including persuading consumers to join your company in support of a good cause; supporting product sales and consumer engagement by linking them to donations; changing the way you do business to achieve a worthwhile social outcome; and dealing with cynics and critics.

Igler’s intriguing study is the first book to combine American, oceanic, and world history in a vivid portrayal of travels in the Pacific world. The author researched hundreds of documented voyages to explore the commercial, cultural, and ecological upheavals following Captain Cook’s exploits, and concentrated on the eastern Pacific in the decades between the 1770s and the 1840s. Igler starts with the expansion of trade as seen via the travels of William Shaler, captain of the American Brig Lelia Byrd. Soon he reveals a world where voyagers, traders, hunters, and native peoples met one another in episodes often marked by violence and tragedy. Some of his accounts tell how indigenous communities struggled against introduced diseases that cut through the heart of their communities; how the ordeal of Russian Timofei Tarakanov typified the common practice of taking hostages and prisoners; how Mary Brewster witnessed firsthand the bloody “great hunt” that decimated otters, seals, and whales; and how James Dwight Dana rivaled Charles Darwin in his pursuit of knowledge on a global scale.

Lerer’s engrossing memoir in essays deals with the fraught relationship between fathers and sons, the powerful influences of books and theater, the excitement of stories in a young man’s life, and the transformative magic of words and performance. Using recurring flashbacks, the author shares stories of his flamboyant and emotional father, a teacher and lifelong actor, who comes to terms with his life as a gay man. Lerer portrays himself as a bookish boy who becomes a professor of literature and an award-winning scholar of the very children’s books that set him on a career path in the first place. When he grows up, he discovers the difficulties of fatherhood and how much books can, and cannot, instruct and guide him. In one of the book’s strongest chapters, he shares his formative experiences as a freshman at Wesleyan.

This guide for those heading to college gathers tips and advice compiled directly from interviews with hundreds of students at more than 120 colleges across the country. Chapters of the book are devoted to such topics as what to take to college, leaving home, roommates, choosing classes, how to study, working and finances, fashion and laundry, food issues, dating and sex, vacations and study abroad, and keeping in touch and setting boundaries with family members. At the end of the book, Northcutt notes that it was her work-study job at the Wesleyan campus post office that first inspired her to seek a career in student affairs.

Pugh’s third poetry collection reveals a fascination with sound in all its manifestations, including the human voice, musical instruments, and the sounds produced by the natural and man-made worlds. All of these serve as both the framework of poems and the occasion for their changes of direction, of tone, of point of reference. The poems contain echoes—and sometimes the words themselves—of other poets, but just as often of popular and obscure songs, of the noise of pop culture, and of philosophers’ writings. Beneath the surface of her work, Pugh explores the nature of and need for communication and celebrates the endless variety of its forms.

In her dark short story collection, Rommelmann, also a journalist, writes with an unflinching documentarian gaze, focusing on the dreams, delusions, and occasionally criminal behaviors of her characters, who include serial killers, con men, and homeless teens. She tells haunting tales that lean toward science fiction at times and toward magical realism at others. The opening story, “The White Coyote,” is a piece of black humor about a creature injected at birth with human DNA and its shaming at a Catholic grade school gymnasium. In “X-Girl,” a woman taunts a butcher and ignores his threats of punishment, while “Balzek” focuses on an artist determined to devour his own body for an exhibition.

Indian communities have existed in the Gulf emirate of Dubai for more than a century, and since the 1970s, South Asian workers have journeyed into the emirate, enabling Dubai’s huge construction boom. Though many migrant families are middle-class and second-, third-, or even fourth-generation residents, Indians cannot become legal citizens of the United Arab Emirates and are all classified as temporary guest workers. Using her ethnographic research in Dubai’s Indian-dominated downtown, Vora examines how Indians lead suspended lives in a state of permanent temporariness. Indians are integral to the Emirati nation-state and its economy yet their legal status makes them perpetual outsiders. At the same time, Indians—even those who have established thriving diasporic neighborhoods in the emirate—disavow any interest in formally belonging to Dubai; instead, they consider India their home. Vora considers how these multiple and conflicting logics of citizenship and belonging contribute to new understandings of contemporary citizenship, migration, and national identity. 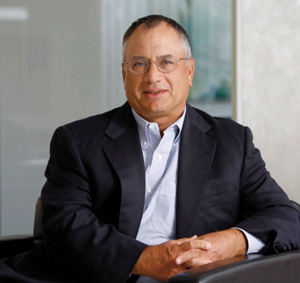