Adjunct Professor of Music and Master Drummer Abraham Adzenyah has not only selflessly shared his vast knowledge of West African music, dance, and culture during his 46-year career at Wesleyan, but also has left a lifelong mark on the lives of so many with his magnetic personality and constant attention to the emotions behind the music. Former students Doug Berman ’84 and Robert Levin ’81 can attest to this.

“I know a lot of us had this kind of experience at Wesleyan . . . where we didn’t even know a certain field or art even existed when we arrived on campus. And then, due to one great teacher, we’re taken down this delightful rabbit hole, and from then on, we see, hear, or think differently,” says Berman. “For me, that was Abraham Adzenyah and the African drumming program.”

Robert Levin agrees. “As a freshman, I was lucky to be admitted to the West African Drumming class from the large group that wanted to enroll. The very first time I beat a Ewe drum, I felt like a flash of lightning exploded with a puff of smoke. My life took a turn just then.”

After almost five decades at Wesleyan, Adzenyah will retire in May of 2016. To honor his cultural contributions and to recognize his rich professorial and performing legacy, alumni, students, colleagues, and friends are hoping to “drum up” enough support to raise $300,000 for an endowed scholarship in Adzenyah’s name.

“Abraham Adzenyah has left a long-lasting legacy that has made a deep impression on his students and Music Department colleagues,” says Professor of Music Eric Charry. “The Abraham Adzenyah Endowed Wesleyan Scholarship will help the university to attract outstanding music students who, in their own endeavors, honor that legacy of excellence and dedication.” Fundraising has commenced and the scholarship will be announced at Adzenyah’s retirement celebration on May 7, 2016.

For more information about the scholarship, to join the steering committee, or to share your story, please contact Wesleyan scholarship liaison Marcy Herlihy (mherlihy@wesleyan.edu or 860/685-2523). Please also see thisiswhy.wesleyan.edu for additional stories. 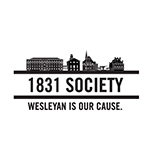 Alumni Are Key to Wesleyan Excellence