Amanda Palmer ’98 used to earn her living by standing silent and utterly still.

As “The Eight-Foot Bride” of Harvard Square–flesh painted white, draped in a gown, clasping a bouquet of daisies from a motionless perch on hidden milk crates–she would peer through a blinkless gaze into the bustle of Cambridge, Mass. From time to time, in thanks for a coin or a bill pitched her way, she’d spring to life to offer a flower and sometimes a smooch.

But as acclaim grows for her rock band, The Dresden Dolls, formed in 2000, Palmer increasingly lives by the sounds she makes. Since 2003, The Dolls have toured the world breathlessly, playing hundreds of shows in the United States, Europe, Japan, Australia, and New Zealand. The band has toured with Nine Inch Nails and shared billing with Jane’s Addiction, Beck, and The String Cheese Incident.

The Dolls have produced two studio albums, The Dresden Dolls (2003) and Yes, Virginia (2006), and along the way become the pride of the music scene in Boston, their hometown. At last fall’s 19th Annual Boston Music Awards ceremony, the band won both “Act of the Year” and “Best Pop Rock Act.” Palmer was named “Best Female Vocalist.” Later, the Boston Globe pronounced her Boston’s second most stylish person–just ahead of New England Patriots’ quarterback Tom Brady. Palmer, who plays the electric piano and sings, wears black-and-white striped tights for most performances. A bowler hat is the trademark of her sole band mate, drummer and guitarist Brian Viglione. They paint their faces white, like mimes, and encourage street performers–mimes, fire-eaters, sword swallowers, and towering brides, of course–to populate their concert halls, expanding the theatrical dimension of their own performance.

“They add a sense of being an event that’s singularly happening at that time instead of being at a generic rock show,” says Palmer, who produced and directed an absurdist German play as the culmination of her Wesleyan German major.

The band’s songs treat heavy subjects, including alcoholism, sex changes, loneliness, breakups, and betrayal. Yet the band often conveys a spirit of whimsy and a playfulness that suggests innocence. In “Coin-Operated Boy,” one of The Dolls’ best known songs, a woman pines for a companion “made of plastic and elastic/he is rugged and long-lasting/who could ever ever ask for more/love without complications galore.”

On an extended break from touring since mid-January, Palmer is working on a solo album in Nashville. More musician than mime now, she hasn’t forgotten the pleasures of The Eight Foot Bride. “I like silence,” she says.

The Wesleyan Club of Boston sponsored the American Repertory Theater’s world premiere of The Onion Cellar, featuring the Dresden Dolls in Cambridge on Dec. 12. The Onion Cellar was conceived, written, and designed by Amanda Palmer ’98 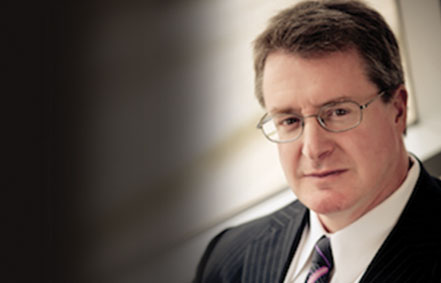 As Good As Gold