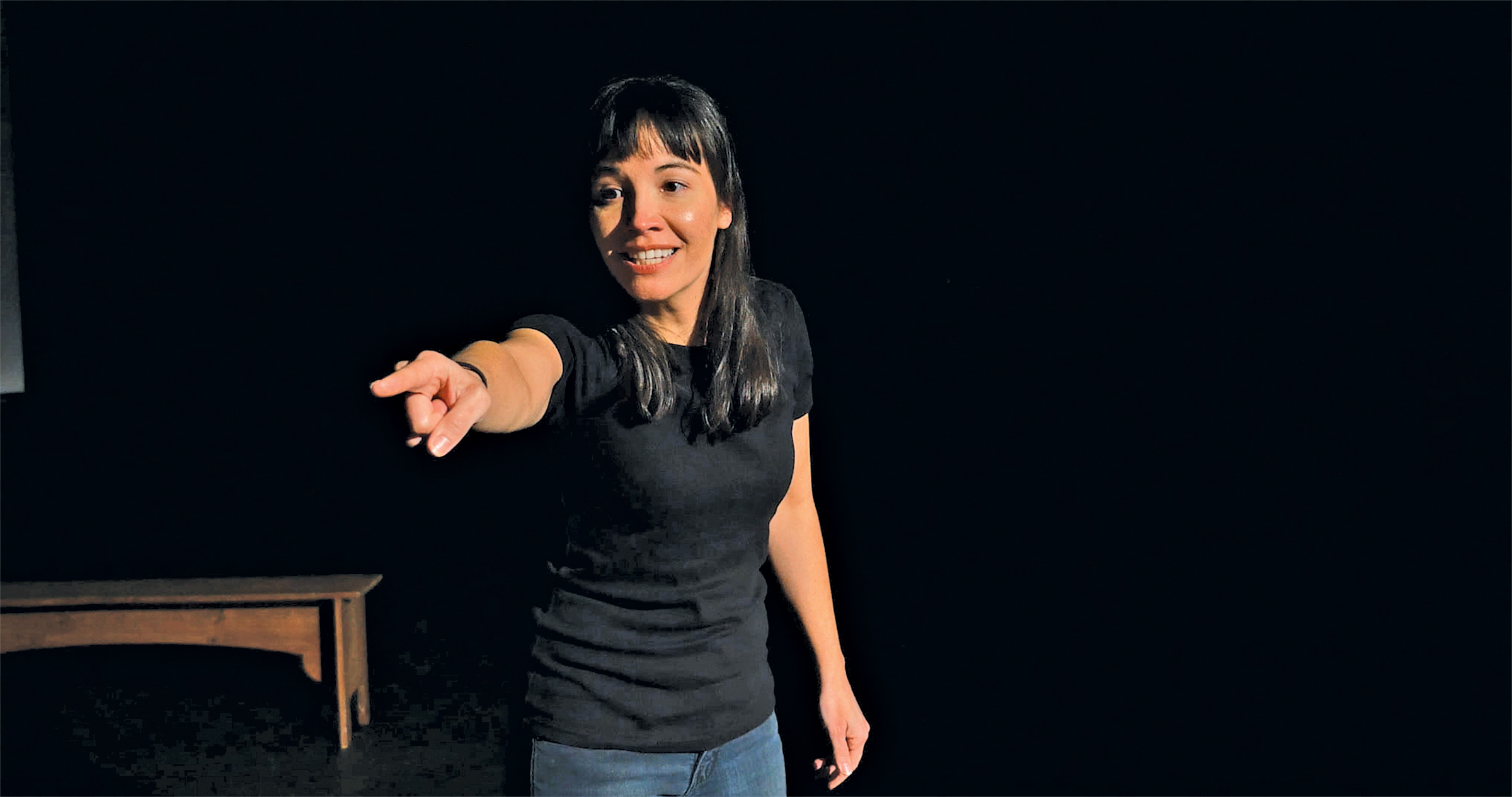 “What Are You?” In her film, ALIEN CITIZEN: An Earth Odyssey, actor and writer Elizabeth Liang ’92 re-creates her one-woman show based on her childhood experiences of never quite fitting into the dominant culture and often appearing as “other” to the children in her school. (Photo Courtesy of Elizabeth Liang, HapaLis Productions)

“Where are you from?”

When your parents are from neither the same country nor culture nor race, and your identity wasn’t forged in a single geographical “home,” it can be tricky to answer questions like these.

As an actor and writer, I created ALIEN CITIZEN: An Earth Odyssey because I had never seen a story like mine on stage or screen, and I knew I couldn’t be the only person who yearned to see their intercultural experience reflected. So I told my story, with the hope that it would connect with people like—and unlike—me.

Growing up a dual citizen of mixed heritage in Central America, North Africa, the Middle East, and . . . Connecticut, I always knew my identity was multilayered and prismatic. I was a Guatemalan and American who loved and disliked aspects of both countries; a Latina and Asian and Caucasian who would never hide her heritage; a speaker of different languages who understood acutely that meanings do get lost in translation, and language binds us together or separates us. I was always in a place but not of it, even in my passport countries. I also knew that I was first and foremost a human being. The multiple layers simply made me a “Cross-Cultural Kid” or CCK: “a person who has lived in—or meaningfully interacted with—two or more cultural environments for a significant period of time during developmental years,” per author Ruth E. Van Reken, who coined the term that describes children of immigrants, multiracial/multiethnic people, global nomads and Third Culture Kids, transnationally adopted people, borderlanders, and others.

This was also the norm for many of my classmates in the international schools I attended. But whenever we visited or lived in the United States, classmates would ask “what” I was, as if the answer could settle any and all questions about a person.

Creating the show reopened some old wounds, but it also resulted in the catharsis I hadn’t realized I needed. I also learned the deeper reason for creating it, which I had kept secret from myself because it was such a point of vulnerability: I wanted to feel more welcome in most of the places we lived. I understood why there was postcolonial resentment in developing nations, but I did not understand why racism was prevalent in the USA and why misogyny was prevalent everywhere.

It required courage to say this in the show, and it’s why I infused the story with humor. A helpful coping mechanism when you’re a kid—that’s how I managed to make friends in each new place, including Westport, Connecticut, where I was a total misfit in the sixth grade—humor loosens up your audience when you’re an adult.

To my amazement, ever since the show opened as a theater piece in a tiny black box in Hollywood in 2013, ALIEN CITIZEN: AEO has resonated for people worldwide—including those at Wesleyan, when I performed in Memorial Chapel. I assumed people would relate to certain memories (former wallflowers and “cool kids” alike might cringe at the high-school-dance-in-Cairo scene), but something about the learned role of the outsider seems to strike the strongest chord, even in people whom I never expected to recognize it.

I decided to make it into a movie because I wanted to reach more people with this: We all have more in common than we realize.

I’ve been told that the show makes people feel less alone; before the #MeToo movement, women told me how the show’s acknowledgment of the relentless sexual harassment we face from strangers on sidewalks struck them to the core, and several men from different cultures confided that they completely related to the character of my high school friend Hamed, who speaks every language with a slightly foreign accent. All of this has been a humbling discovery … and a reminder of lessons learned while growing up in six countries. ALIEN CITIZEN: An Earth Odyssey has helped me to feel this: I have a larger tribe than I ever realized.

Elizabeth Liang was raised in Guatemala, Costa Rica, Panama, Morocco, Egypt, and Connecticut. A Guatemalan-American “business brat” of Chinese-Spanish-Irish-French-German-English descent, she is a bilingual actor who works in all media. ALIEN CITIZEN: An Earth Odysseyhas toured in six countries on four continents at theaters, conferences, festivals, the U.S. college circuit, international schools, off-off-Broadway, and the U.S. Embassy in Panama.See aliencitizensoloshow.com. 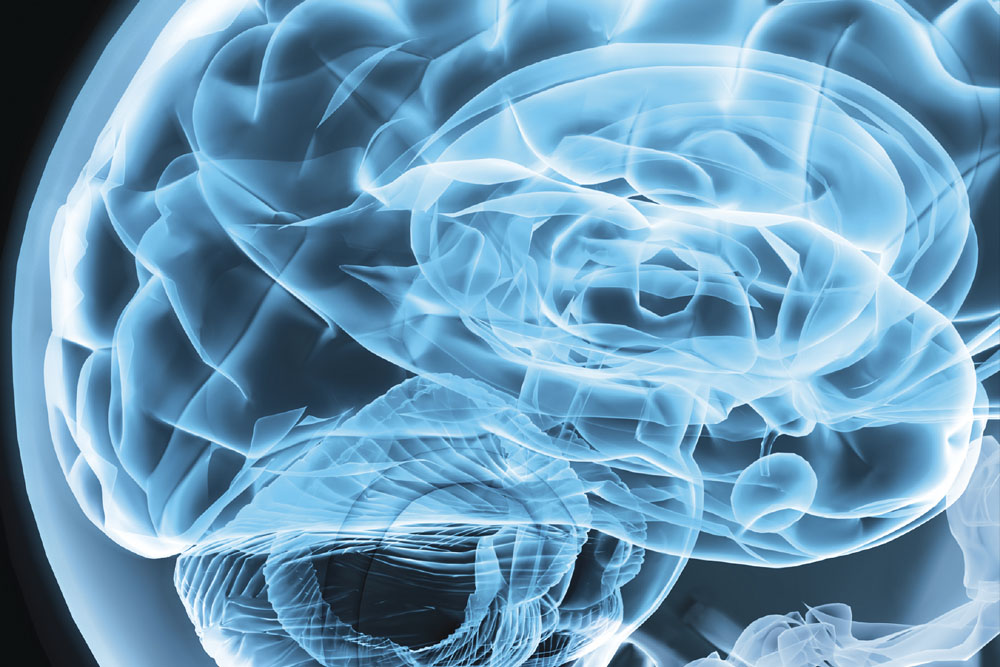 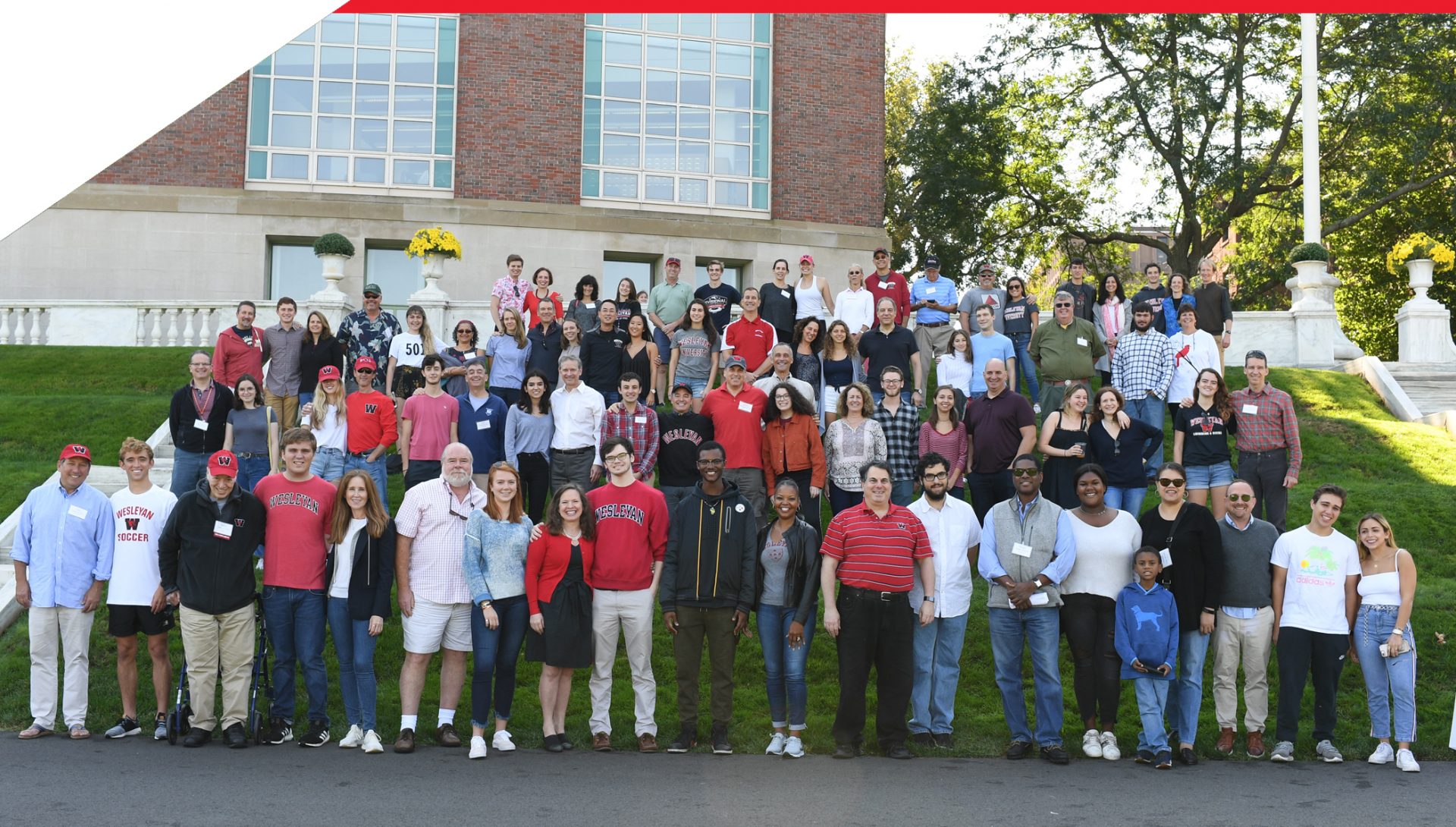