My senior year of college, I was assigned to read a book titled She’s Not There. It blew my mind.

Even more than the book itself, which I tore through wide-eyed in a day or so, I remember the discussions it engendered. There I was, a cis-gendered male, hearing firsthand from my classmates about some of the same identity struggles the author was recounting. I had never been privy to these kinds of intense, complicated exchanges about gender before, at least partially because gender identity wasn’t something as widely discussed in the early 2000s.

Jennifer Finney Boylan ’80 almost single-handedly changed that by penning what would go on to be the first best-selling work by a transgender author. I learned more about human experience reading She’s Not There and in the ensuing discourse than I probably did in most of my other courses combined. Apparently, so did the rest of the country. Today, being transgender isn’t newsworthy—great progress, despite a whole lot of work left to be done.

Interviewing Boylan for this issue of the magazine, I was reminded of what initially made She’s Not There so accessible to a naïve young fellow like me. Jenny Boylan is downright hilarious. She takes serious, painful subject matter and opens it up with humor. It wouldn’t work for everyone, but it does for her. And that’s been the through line of this issue on the creative process—being creative requires taking risks. Trying things others shy away from or can’t even conceive. Boylan wrote a memoir so personal it risked her marriage. Dan Freedman ’60 dared to improve on Einstein. Anthony Veneziale ’98 marries hip-hop and improv and then turns his show over to the audience. Professor Hari Krishnan completely reimagined a traditional Indian art form in a modern, liberal arts context.

Creativity and risk-taking don’t end with the arts and academics, either. In some ways, that’s just where they begin. The many members of the Wesleyan community responding to the current COVID-19 pandemic in myriad selfless, courageous, inspiring ways are all the evidence we need for that. And while this issue of the magazine was largely composed before the pandemic struck, we hope it reflects that spirit and finds you in good health when it lands on your doorstep. 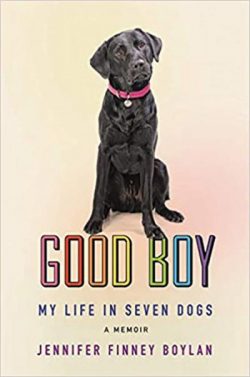