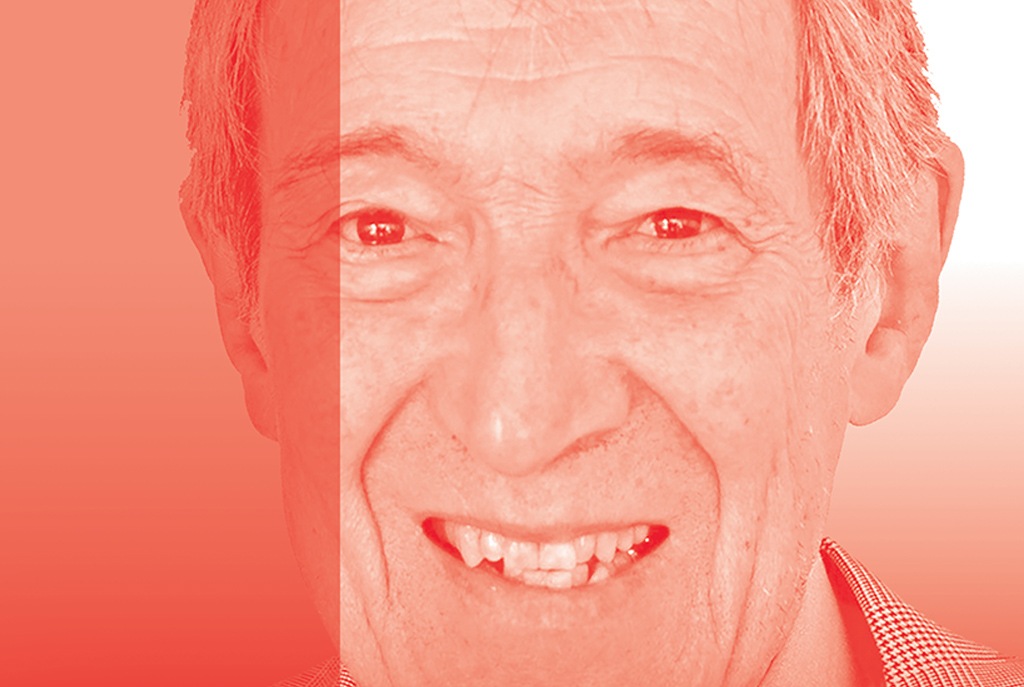 In supergravity, Daniel Z. Freedman ’60 made one of the most significant physics discoveries of the 20th century. A single course at Wesleyan helped set him on that path.

Dan Freedman could spend the rest of his life in a beach chair and nobody, in or outside of physics, would judge him.

To wit: last year, Freedman won the Special Breakthrough Prize in Fundamental Physics—the discipline’s highest honor next to the Nobel Prize—for his role in developing the theory of supergravity. Nobel prizewinner Julian Schwinger originally discovered the underlying wave equation (for a new kind of particle now called a gravitino), but it was Freedman who saw how to apply it by combining Albert Einstein’s general relativity theory with quantum mechanics. Many years later, when the two physicists met at a cocktail party, Schwinger told Freedman, “I should have discovered supergravity,” which Freedman called the proudest moment of his career prior to winning the prize.

Despite the accomplishments and awards, there’s still no beach chair in sight. Freedman, an MIT professor emeritus and a visiting professor at Stanford University, is still hard at work. In fact, his wife still regularly scolds him for bringing his work computer to the breakfast table.

“I get more endorphins from my current accomplishments” than from past work, he said. “When I do a calculation that clicks, and every step fits neatly into place, and it’s never been done before—that’s enough to make me go home with a feeling of satisfaction.”

That penchant for pushing boundaries in his work is contagious.

“One of the main important things I learned as a postdoc working with Dan was to get out of my comfort zone,” said Henriette Elvang, now a physics professor at the University of Michigan, who passes the same advice on to her own junior collaborators. “He likes to take the approach to problems where you start a calculation, you see where it takes you, and you go from there.”

Freedman didn’t initially set out to become a physicist, much less a foundational one. A series of serendipitous events, starting with a bad grade in his eighth-grade science class (“The teacher was boring,” he said, “so I sat in the back, reading model airplane magazines.”) led the West Hartford native to Wesleyan, and to his ongoing love affair with how spacetime’s tiniest components influence entire galaxies.

His parents responded to his poor middle school performance by sending him to private school even though they couldn’t really afford it. He excelled there, and his biology teacher, Howard Norris ’32, convinced Freedman to make Wesleyan his first choice for college, even though a small liberal arts college was an unusual choice for the top student at a prestigious prep school.

“I was a little bit of an iconoclast,” Freedman said. “When people kept talking about Harvard and Yale, I wanted to do something different.”

Wesleyan it was. His freshman year on campus, Freedman enrolled in a special joint course in calculus and physics for a small group of students. “That course taught me that the purpose of physics was to find the precise mathematical description of nature,” he said. “That turned me on and set me on the road to a career in theoretical physics. Taught by Professor Tom Green, education in that course was based on precise calculations. And that became my style in physics throughout my career.”

All physicists work with both calculations and intuition; Freedman’s preference for the former stems directly from his undergraduate experience. The appreciation for interdisciplinary work he cultivated at Wesleyan also became key to his ability to puzzle out ideas that eluded others.

After graduating in 1960, Freedman got his PhD at the University of Wisconsin. After postdoctoral work (at Imperial College, London; UC Berkeley; and the Institute for Advanced Study, Princeton), he accepted a junior faculty position at the State University of New York, Stony Brook. There was a new Institute of Theoretical Physics there headed by Nobel Prize winner C. N. Yang focused on research, and Yang’s prestige gave a lot of freedom to the faculty.

Meanwhile, in the early 1970s, a theory called supersymmetry (SUSY) was being developed, first in the Soviet Union and then more completely by Wess and Zumino, two physicists at The European Organization for Nuclear Research (better known as CERN) in Geneva. The elegant framework held that every known elementary particle would have a partner, and it attracted many physicists (Freedman included) to its potential to describe all fundamental forces of the universe. Except for gravity, which represented a major defect in the theory.

In the fall of 1975, Freedman took advantage of the flexibility at Stony Brook and went off for a two-month visit to the theory group of École Normale Supérieure (ENS) in Paris, one of France’s elite grandes écoles. Freedman was fascinated by the problem gravity’s inclusion posed to SUSY and noted that all the papers on the subject had reached negative or indefinite conclusions. When another young SUSY theorist named Sergio Ferrara came to work on a different topic, the two got to talking and Ferrara made a key suggestion to set aside earlier work and try to combine the Einstein and Schwinger equations directly.

“Within a few days, I carried out the first calculation that indicated that this was going to work,” Freedman said.

This was the first of several steps needed to complete the theory. Freedman returned to Stony Brook and engaged his colleague Peter Van Niuewenhuizen, the two working carefully through three months of trial and error until they found the correct method. Their paper, with co-author Ferrara, was submitted to The Physical Review in March 1976. Thus, supergravity was born; it has since appeared either in the title or abstract of more than 15,000 physics papers.

“It laid out the fundamental path that has led to what people call today string theory,” said Wesleyan physics professor Francis Starr, “which represent some of the best efforts that are being made now to try and unify all four fundamental forces and make a theory of everything. Without Daniel Freedman’s work, it’s unclear how far down the path others would be.”

“Supersymmetry and supergravity contain beautiful ideas, which have had great influence on fundamental theory,” Freedman said. “But there is no experimental evidence for the SUSY partners, including the gravitino, that the theories require. This could be because they are heavy and beyond the reach of current accelerators, or it could be that the ideas are not realized in nature. Nature is the final judge, and I would eventually love to know the final judgement.” 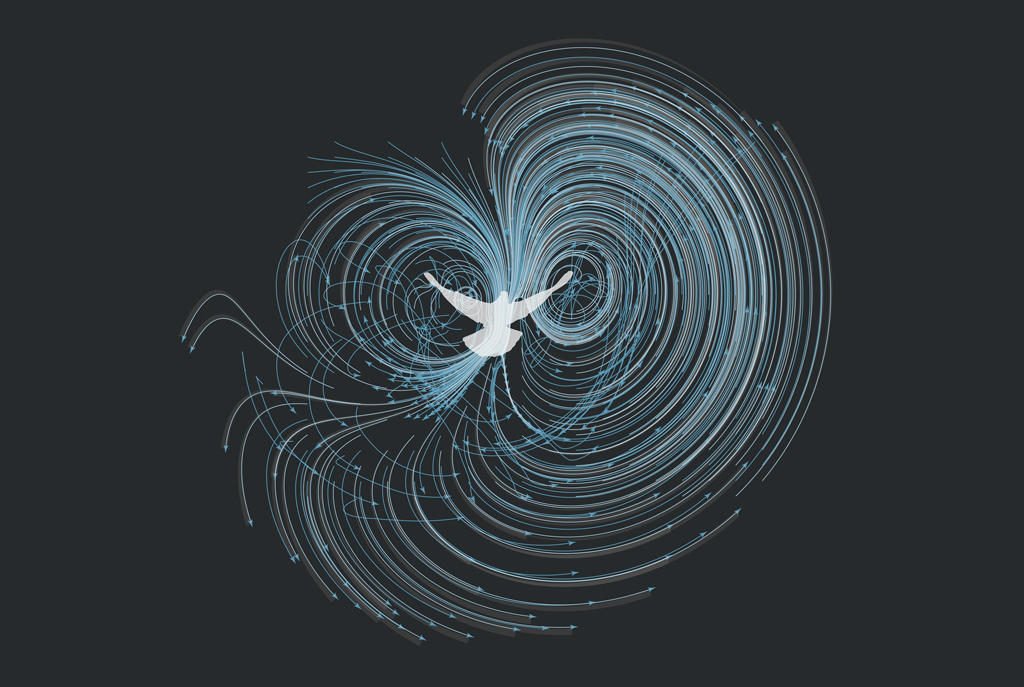 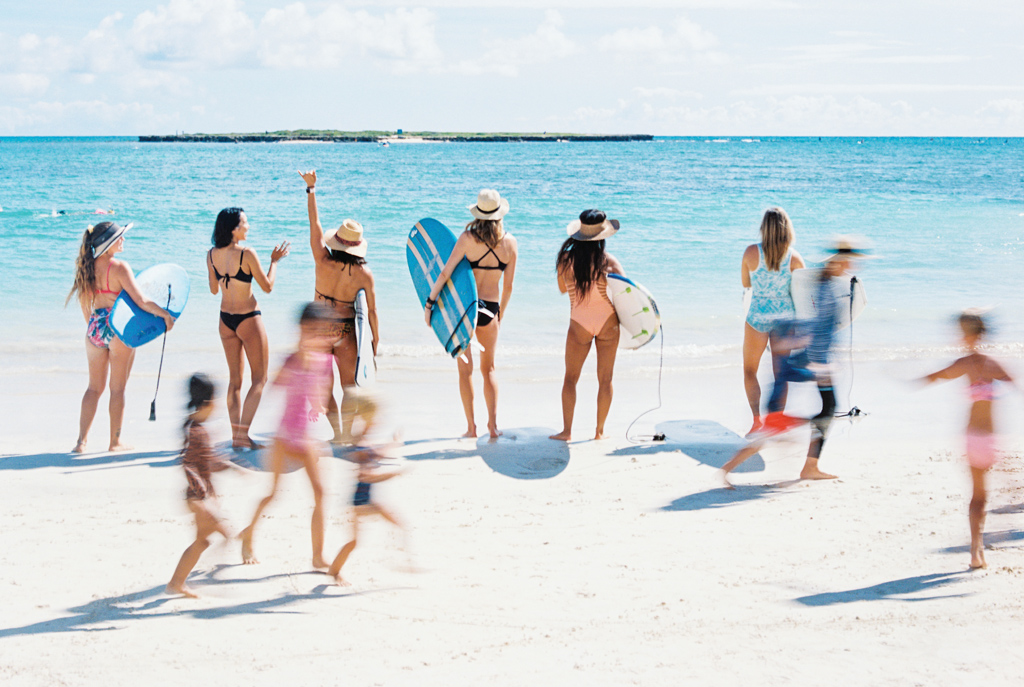