Grumm was a member of the Wesleyan faculty from 1969 until his retirement in 1991 (subsequently residing in Niantic, Conn.). Before coming to Wesleyan, he taught at the University of California, Berkeley, where he received his Ph.D. in political science, and at the University of Kansas.

He gained early prominence among political scientists with the publication of his 1958 “Theories of Electoral Systems.” This widely cited article challenged conventional views about the impact of electoral practices on political parties, political instability and the decline of public confidence in popular rule in Western Europe before World War II.

His subsequent work focused principally on state legislatures and how these could be made more responsive to ordinary citizens. Playing an active role in the state legislative reform movement of the 1960s and 1970s, he served as Research Director of the Citizens Conference on State Legislatures (CCSL) and sat on the American Political Science Association’s Committee on State Legislatures.

In 1971, he devised “Grumm’s Index of Legislative Professionalism,” an index still used by scholars to account for many of the differences in what state governments do and how they go about doing it.

Kiefer, who came to Wesleyan in 1965, was instrumental in bolstering the science program through his efforts to attract research scientists, to attain provisions for research funds and lab space, and to recruit graduate students. He worked to increase the number of science classes undergraduates were required to take and played a key role in creating the Molecular Biology and Biochemistry Department.

He served as the Director of Science Development for seven years and as Dean of Sciences during his last two years at Wesleyan. He resigned, moving to Nevada, in 1988.

Particularly interested in the developmental biology of Drosophila, Kiefer received several grants from the National Institutes of Health and the U.S. Public Health Service. In his spare time, he wrote science fiction. 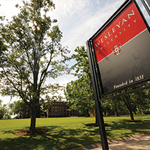