He devoted virtually his entire career to Wesleyan. After obtaining his doctoral degree from Princeton in 1935, he taught for a year at Cornell University and then joined the Wesleyan faculty, where he remained until retirement. He taught analytical and physical chemistry to generations of Wesleyan students and was known particularly for his ability to distill difficult subject matter in lectures that were models of clear exposition.

In the early 1960s he was chair of the Committee on Graduate Instruction and was instrumental in the establishment of Wesleyan’s doctoral programs. In 1969 he became Wesleyan’s associate provost; after 1976 he served as a consultant to the administration.

He served regularly on university committees and was active in his profession through a variety of positions with the American Chemical Society. He was an evaluator or visiting scientist at 30 institutions and was a fellow of the American Institute of Chemists, the American Association for the Advancement of Science, and the Connecticut Academy of Arts and Sciences. Among his numerous other professional commitments was chairmanship of the Region II Reviewing Committee of the Woodrow Wilson National Fellowship Foundation from 1964?68. His interests also included a passion for Southwest American Indian culture and artifacts.

In 1977 Wesleyan awarded him a Distinguished Alumnus Award. 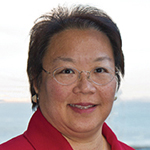