Steve Almond ’88 wrote a book about the romantic mishaps of single men. Readers asked: Is the book autobiographical? He responds with thoughts about what is really at stake in the question.

This past April, Grove Press published my first book, a collection of short stories called My Life in Heavy Metal, most of which detail the romantic misadventures of young single men. Because I myself am a relatively young, single man, a good number of readers have naturally wondered if the stories are autobiographical.

This was pretty much the first question I was asked at readings. And, because I spent most of spring churning through an insane, two–month book tour, I heard this question about, oh, 40 times.

At first, I tried to fudge the answer. I wound up saying things like: “Well, you know, the point isn’t really what’s true or isn’t true. It’s about the characters and their experiences. So I’d prefer to talk about that.”

This was true, more or less. But it was also annoyingly evasive. And, as time wore on, I got tired of being evasive. I started to ask myself: Why am I trying to be coy here? Do I have something to hide?

The fact of the matter is that a number of my stories are based on my life, on my romantic disasters specifically. They aren’t a blow–by–blow transcription. Names and locations have been changed to protect the innocent. I’d played with the details, restructured time sequences, added an imagined scene here and there. But often the central plotlines are lifted from my life.

So, somewhere around week two of the tour, I simply started to say so. Contrary to my darkest fears, a lightning bolt did not flash down from the literary heavens and strike me dead.

In fact, making this simple disclosure actually led me to a more vital point, which is that fiction, if it’s any good at all, is always emotionally autobiographical. By which I mean, the feelings expressed by the characters have been summoned from inside the author.

Whether or not J.D. Salinger led the same life as Holden Caufield is, in the end, irrelevant. What matters is that Salinger summoned up Holden as a way of expressing his love for the world, his pain, his own wry, wounded response to the adult world.

To cite an example from my own book, the story “Geek Player, Love Slayer” is about a 33–yearold female newspaper reporter who falls in lust with the computer repairman in her office.

Now: I am not a woman. Nor have I (to my knowledge) ever fallen in love with a computer repairman. But the fears that this character experiences—of making bad romantic decisions, of winding up alone, of never having a family—are my own deepest fears.

Likewise, the hero of “Valentino” is about a kid growing up in Iowa who has a desperate crush on one of his female friends, but feels he’s too ugly to make a move on her. The story is not based on any specific incident in my life. But it does tap into a central aspect of my identity: I spent most of my teenage years feeling ugly, awkward, unworthy of love.

“Among the Ik” is probably the best example of how little the facts mean, when it comes to writing. The story is about an aging anthropology professor named Rodgers who is attempting to cope with the death of his wife. What he realizes, over the course of the story, is that he depended on his wife’s love far too much, and failed to reach out to his children.

Other than the fact that I teach college, I have almost nothing in common with Rodgers. But the story’s central question—how do we choose to spend our limited supply of love?— is one I’ve obsessed over for the last ten years.

The extent to which an author has borrowed from his or her own life is interesting to consider, in a People magazine kind of way—which is to say, as a symptom of our cultural desire to reduce artists to celebrities. (One can imagine, in the not–too–distant future, that VH–1 will launch a program called Behind the Words, which details the lives of famous authors.)

But all this rutting about has very little to do with the actual experience of reading someone’s work. When readers lose themselves in a story, or a novel, they aren’t asking questions about the author. They are imagining themselves into the fictive world, assuming the perspective of the protagonist, responding on an emotional level to the twists and turns of the plot.

This is what sets reading apart from other forms of popular entertainment. It’s an imaginative collaboration.

And I’m happy to report that most readers, left to their own devices, like this arrangement. They may indulge in their curiousity about an author when they attend a reading. But when it comes time to sit down with a book alone, all that matters— thankfully—is whether the emotions of a given story feel real.

Steve Almond ’88, a former editor of the Wesleyan Argus, teaches creative writing at Boston College. His short stories have won the Pushcart Prize, and his work was selected as a finalist for the National Magazine Award. Check out www.stevenalmond.com.

Q & A: No Amicable Divorce 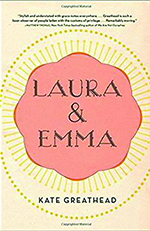