I started writing for the Wesleyan Argus about a year ago. Now I am a syndicated columnist. Well, one paper in Massachusetts has agreed to pay me $12 a week, but I’m ecstatic.

Who knows where this will lead, but here’s how it began.

Last October I started writing a column in the Argus, “A Little Bit Shady,” because I thought that students wanted to read what they talk about—friends, parties, relationships. Gossip! I decided to investigate a different social scene each week.

I started with a look at Middletown bars. I had lots of fun interviewing students while sipping on a beer. That article was nothing special and read like any other feature story. At the time I was taking a tutorial with the Hartford Courant’s Town Editorial Editor Peter Pach. During our class he told me to “loosen up,” to write about a party in a “party tone.” He told me to be at the party, to describe to the reader what it looked like, how it felt, what I heard.

It had never occurred to me that I, as a journalist, could use my own eyes. Who knew! After that “A Little Bit Shady” completely changed—it had my voice, my presence, my own observations. I wrote openly and honestly about my own reactions to campus issues, about my own anxieties and difficult experiences.

When I interviewed people, I began writing down how they were sitting or playing with their hair. My questions made a couple start bickering about their relationship, and I caught it in print. My column became edgier, more provocative.

It also became more analytical. I asked students why they took ritalin that wasn’t prescribed for them, even though it has side-effects. When I covered Wesmatch, an online compatibility service, I highlighted how much the seemingly innocent game affects people’s view of their friends and classmates.

And it worked. Students I knew told me they looked for my column in the paper each Friday. My Wesbox-mate left me a note, my professors mentioned it in class. I got fan e-mail!

I wasn’t all that surprised that students read “A Little Bit Shady.” Why wouldn’t college kids want to read about other college kids?

The shock was that adults responded to it, too.

One column published in November was on the “walk of shame,” the early morning trek back to one’s own dorm room after a wild night with a lover. “Darting across campus at noon on Sunday, wearing a tube top and stiletto heels, with your hair disheveled and your mascara running, just is not cool,” I observed. I asked a number of students, “What is it about night and day?” Many replied that daylight changed the ambience; behavior that doesn’t raise an eyebrow in the evening catches a hard stare in the light of early morning. Both men and women told me that they make efforts not to be observed. I suggested that even though students are willing to practice casual sex, they feel the sting of social stigma.

It was embarrassing enough having to approach strangers to interview them on such a topic; I certainly did not want anyone above the age of 21 reading the story. But Wesleyan alumni found it on the Web, and to my shock, they liked it. Women told me that they nostalgically remembered when they, too, darted across campus, desperately trying not to be spotted in their heels and miniskirt from the night before.

As I wrote more columns, I avoided trying to provide answers or cast judgments. My goal was to get people to talk. That is why I wanted to be a journalist in the first place. Not to facilitate gossip, but to bring up important issues that will be discussed around breakfast at the Campus Center. My column raised issues that often are not talked about, such as cocaine use or eating disorders.

And it was a lot of fun. Until, of course, I received criticism.

A student wrote a letter to the Argus tearing my column apart. She said that my “highly subjective reporting” fails to “accurately portray social culture at this school.” At first, I was outraged. I thought that she was dead wrong and wanted to debate her point-by-point. I wanted to tell her and the whole campus, “I go to Mocon to interview freshmen!”

But I couldn’t do that. Instead, I pulled myself together and tried to take it as professionally as I could. After her letter, I heard more criticism. On the one hand, this kind of difficult feedback makes me a better journalist. When I interview people, I listen carefully so I don’t misrepresent them. When I write, I stress that my aim is not to convince my readers that my opinions are right, but to start discussion. I show that I am speaking for myself, not for my generation.

But criticism isn’t easy to take, especially when it comes from my friends. I feel guilty. Did I unintentionally hurt their feelings? Am I too focused on my own experiences? Is everyone mad at me? It killed me that I was upsetting the very people I loved, so I called some Wesleyan alumni who are journalists and sought advice. The next week I wrote about how columnists strive to balance between writing with honesty and not hurting others.

As I attempt to begin a career in journalism, I’m sure that I will have to deal with more unhappy readers and challenging ethical questions. Since I just graduated, I still have a lot to learn. But I know I can always seek guidance. Maybe I’ll put those alumni on speed-dial. 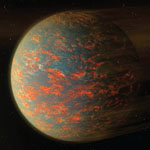 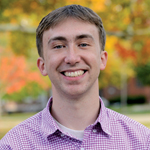