Erica Chenoweth, assistant professor of government, is the author of the forthcoming book Why Civil Resistance Works: The Strategic Logic of Nonviolent Conflict.

How did you become interested in the study of “civil resistance”?

It was purely accidental. In June 2006, I was finishing my doctoral dissertation on why terrorist groups tend to proliferate in democratic countries. I received an invitation to apply to a workshop sponsored by the International Center on Nonviolent Conflict (ICNC), an NGO in Washington, D.C., committed to developing and spreading knowledge on the use of strategic nonviolent resistance. I received a package full of books and articles. Even though I was a conflict scholar, I had never even heard of many of the works. They all argued that nonviolent (or “civil”) resistance was strategically superior to violent resistance when confronting entrenched power. I was a skeptic, because I had devoted so much of my time to studying violent conflict. But I had also never seen a direct, systematic, global comparison of whether nonviolent resistance really had been more effective than violent insurgency across time and space.

Did you change your mind?

After receiving some support from ICNC and Harvard University, I undertook an inquiry with my co-author, Maria Stephan, who brought a great deal of practical knowledge and experience to the study. The findings convinced me that my initial skepticism was misplaced. Nonviolent resistance has been remarkably—and in some cases spectacularly—effective in overthrowing regimes and in achieving self-determination.

Your forthcoming book, Why Civil Resistance Works: The Strategic Logic of Nonviolent Conflict(Columbia), explores the effectiveness of nonviolent civil resistance. What were some of the challenges in presenting this case?

It’s difficult to overcome the skepticism that many people have about whether nonviolent resistance can work against brutal regimes, or whether it can effectively confront extremely “powerful” countries. Others may think that nonviolent campaigns only succeed when they have help from foreign powers or the international community. Some skeptics think that nonviolent campaigns only emerge in situations where change is already on the horizon—where victory is already assured, so it is “safe” to organize a nonviolent revolution. According to this view, mass nonviolent mobilization is a consequence of regime transitions rather than the cause. Another challenge is that people hear the word “nonviolent,” and they assume that these movements are “passive,” “weak,” or “pacifist.”

But you found that the contrary is true, right?

Among the 108 major nonviolent resistance campaigns from 1900–2006, more than half succeeded, almost all in excessively brutal regimes where victory was in no way assured at the outset. People weren’t necessarily organizing because they saw weakness in their opponent regimes; they organized to create that weakness by separating the regime from its main sources of power. Foreign aid tended to have no effect on the outcomes of the campaigns—in fact, sometimes foreign aid undermined the legitimacy of the campaign to its own participants. And well-organized nonviolent resistance campaigns are anything but passive. They are active, coercive campaigns prosecuted by unarmed civilians, often with a great deal of training, planning, and strategic forethought similar to what one might observe on the battlefield.

Are there any resistance strategies that are particularly effective?

The key for any resistance campaign is to create divisions within the opponent. Nonviolent campaigns are better at doing this, because security forces or civilian bureaucrats are more likely to defect to a nonviolent opposition—especially one that appears to represent diverse constituencies within the country—than to a violent campaign, where their survival is not assured. This suggests that civil resistance should focus on mobilizing a large constituency of diverse participants, and forging personal relationships with regime functionaries that can be leveraged later on.

You do cite one particular country, however, where uprisings have a very poor track record over the last 80 years. Why is China different?

That’s a very good question, and one I intend to explore further in a follow-up project. It is true that nonviolent resistance has not succeeded in China. Many remember the Tiananmen Square massacre as the quintessential reminder that many regimes will brutally repress unarmed civilians to maintain the status quo. When the resistance campaign is unable to force the regime into introspection and internal division, the regime is unlikely to budge.

Many people were captivated by reports from the recent uprising in Egypt. What struck you about this uprising?

The Egyptian uprising was very well organized, extremely disciplined, and well-prepared for a weeks-long nonviolent fight. Activists distributed pamphlets inspired by successful revolutions in other countries, like Serbia, which encouraged protesters to appeal to security forces, and to position women and children at the forefront of the protest ranks so as to prevent the security forces from repressing the campaign indefinitely. Even when Mubarak’s regime unleashed a wave of armed agents provocateurs, the protesters maintained discipline and refused to escalate their actions into violent ones, which would have undermined their legitimacy and given Mubarak’s security forces the pretext to repress them. Instead, that repression backfired, inspiring near-universal condemnation and resulting in ever more committed mobilization by pro-democracy protesters. Mubarak gave continuous concessions throughout the conflict, but the protesters increased the intensity of their activities until he met their demands and stepped down. So this particular revolution (which is still underway) has, in many ways, represented a textbook case of how nonviolent revolutions succeed.

With the military in power now, what are the prospects for a true democracy in Egypt?

It is always difficult to cast off the legacy of a brutal authoritarian regime, and it certainly won’t be easy in Egypt. Military regimes often serve as “caretakers” during transitions from dictatorships to democracies, and this does not necessarily doom democracy in the long run. Because the vast majority of opposition activity in Egypt was nonviolent, the prospects are far better than if the revolution was a violent one. In our book, we use statistics to estimate the probability that different countries will be democratic five years after the end of a campaign. Controlling for other factors, if Egypt follows the pattern of other successful nonviolent campaigns, I would estimate that its chances are above 30 percent. That figure might sound uninspiring, but if the revolution had been violent—or if it hadn’t occurred at all—the probability would be much closer to zero percent.

No single opposition group drove the Egyptian revolution. What challenges does this create in getting specific issues addressed?

One of the major consequences of this disunity is that the opposition hasn’t proposed an alternative vision for how future power relationships should be organized. Many scholars argue that “parallel institutions”—such as alternative social welfare services, educational institutions, political wings, alternative judiciaries, and alternative media outlets—help the opposition to develop a set of guiding principles and practices that serve as a framework for how things should proceed during and after the transition. But the Egyptian uprising apparently did not have any of these parallel institutions, and only now are the different participants articulating their positions concerning how the new society should be governed. It will be a tedious and precarious process.

Uprisings in some other countries—Iran, Libya, and Morocco in particular—have had a much more violent response from government. Why should those people remain hopeful that their efforts will succeed?

Government repression occurs in almost all cases of mass nonviolent resistance, and this repression often backfires. It often angers so many people that more people show up in solidarity. Moreover, even as these regimes have begun to repress their own populations, major players within the regimes have defected to the opposition. Authoritarian regimes are bureaucracies, and they comprise multiple competing actors with a variety of personal and political interests. As long as these uprisings maintain their commitment to nonviolent conflict, they will have a chance at driving a wedge between the regime and its main supporters—and that’s the key to success.

What are the biggest challenges for creating real change in Arab countries where the history has been one of dictators, military rule, and kings, rather than democracies?

I think the biggest challenge is overcoming fear. Few of us can imagine the courage it takes to take a stand against entrenched power, while knowing friends and family members who have suffered brutal torture at the hands of the adversary. But there is safety in numbers; the more people who participate, the safer it is for everyone. Once a critical mass is achieved, the chances for success are great.

One of your other areas of study is terrorism. How do these uprisings in a part of the world that has been a center of domestic and international terrorism affect extremist groups there?

They have certainly been marginalized during these uprisings, which is not surprising given the vast popular mobilization that has overshadowed what minimal violence has occurred. But I expect them to become more active during the negotiation and transition phases. This is when there are higher incentives for groups to act as spoilers to progress—either to maintain the status quo or to prevent rivals from expanding their power during the process. Some of my research suggests that terrorism emerges out of democracies more than out of authoritarian regimes, and this would suggest that these regimes should prepare for some internal violence as the transition process occurs. But they should avoid succumbing to the temptation to roll back democratic reforms in response to this violence. Terrorists can be a nuisance and a distraction, but the regimes needn’t treat them as more than that. Instead, they should stay the course and see these transitions through. 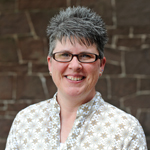