Provost and Vice President for Academic Affairs Rob Rosenthal recently had the unique opportunity to travel back over much of the 20th century through the eyes of a living legend: folk musician and activist Pete Seeger. Together with his son Sam, a musician and writer in New York City, Rosenthal spent about two years combing through tens of thousands of Seeger’s personal writings stored in a barn at the singer’s Beacon, N.Y., home on the Hudson River. The result was a book published in June, Pete Seeger: In His Own Words (Paradigm Publishers).

The book contains a treasure trove of Seeger’s writings, including letters, notes to himself, diary entries, published articles, rough drafts, stories, and poems. The subject matter runs the gamut from a 1932 letter Seeger wrote to his mother at age 13, desiring his first banjo, to a draft letter to the editor of The New Yorkermagazine, dated August 14, 1961, and titled, “The Ironies of Blacklisting.” Of the many thousands of documents they reviewed, Rob and Sam Rosenthal selected more than 200 for publication. In the book, the writings are organized by themes in chapters, such as “Becoming a Folk Singer,” “Mentors and Influences”; “The Labor Movement, the Communist Party and the Blacklist”; “The Civil Rights Movement”; “The Environmental Movement”; “The Movement Against the War in Vietnam”; “Commercialization, Popularization, Authenticity, and the Star System”; and “Balancing Work and Family Life.”

Seeger, age 93 at the time of publication, is “quite arguably the most important American folk singer of the 20th century,” the Rosenthals assert in the book’s introduction. Over the course of a career spanning more than 70 years, Seeger has used his music for the collective good, rather than personal advancement. He has “served as a bridge between eras, struggles, and peoples,” and transformed the role traditionally played by “the audience” by encouraging audience members to join him in performance. The songs he has written and/or made famous, including “Turn, Turn, Turn,” “If I Had a Hammer,” “Where Have All the Flowers Gone,” and so many more, have never faded from the public consciousness, the Rosenthals write.

Rob Rosenthal, a musician himself and the John E. Andrus Professor of Sociology, first interviewed Seeger a few years earlier for a book titled Playing for Change: Music and Musicians in the Service of Social Movements. When Dean Birkenkamp, founder and publisher of Paradigm Publishers—which published Playing for Change—spoke to Seeger about a book project, Birkenkamp suggested Rosenthal as the right person to take it on.

Recalling the experience of reviewing decade upon decade of Seeger’s writings, Rob Rosenthal says, “It was an amazing feeling of just being plunged into history, just into another time.”

Asked about the most exciting document uncovered during their research, he points to a sealed envelope from 1956 marked, “Letter to my Grandchildren,” and intended to be read only after the death of Seeger and his father. Written when Seeger was 38 years old, around the time he was indicted for contempt of Congress for refusing to testify before the House Un-American Activities Committee (HUAC), this letter reveals his true relationship with the Communist Party—a story he couldn’t reveal publicly at the time. Seeger gave the Rosenthals permission to unseal the letter, which was ultimately reprinted in the book. In it, he writes that after joining the Young Communist League in 1937 while a student at Harvard College, he went on to become a member of the Communist Party. “Being a communist has helped me, I believe, to be a better singer and folklorist, and a more selfless citizen. I can’t say so openly, unfortunately, at this period.” Though Seeger drifted away from the Communist Party by 1950—not out of disagreement, but because he had never been one for organized parties, Rosenthal notes—he continues to think of himself as a “small ‘c’ communist,” as he often says.

Through all the writings contained in the book, a portrait of Seeger as “not a saint, not a martyr, but a flesh-and-blood man, struggling to understand his gift, his time, and his place,” emerges, as the description on the book’s back cover puts it.

“Seeger has never written an autobiography. We promised him the chance to tell of his own life without us interfering in any way. And that’s what you get here—good and bad,” says Rob Rosenthal. UPFRONT 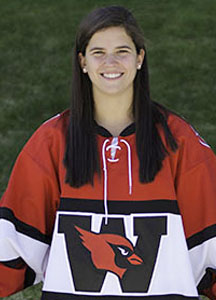