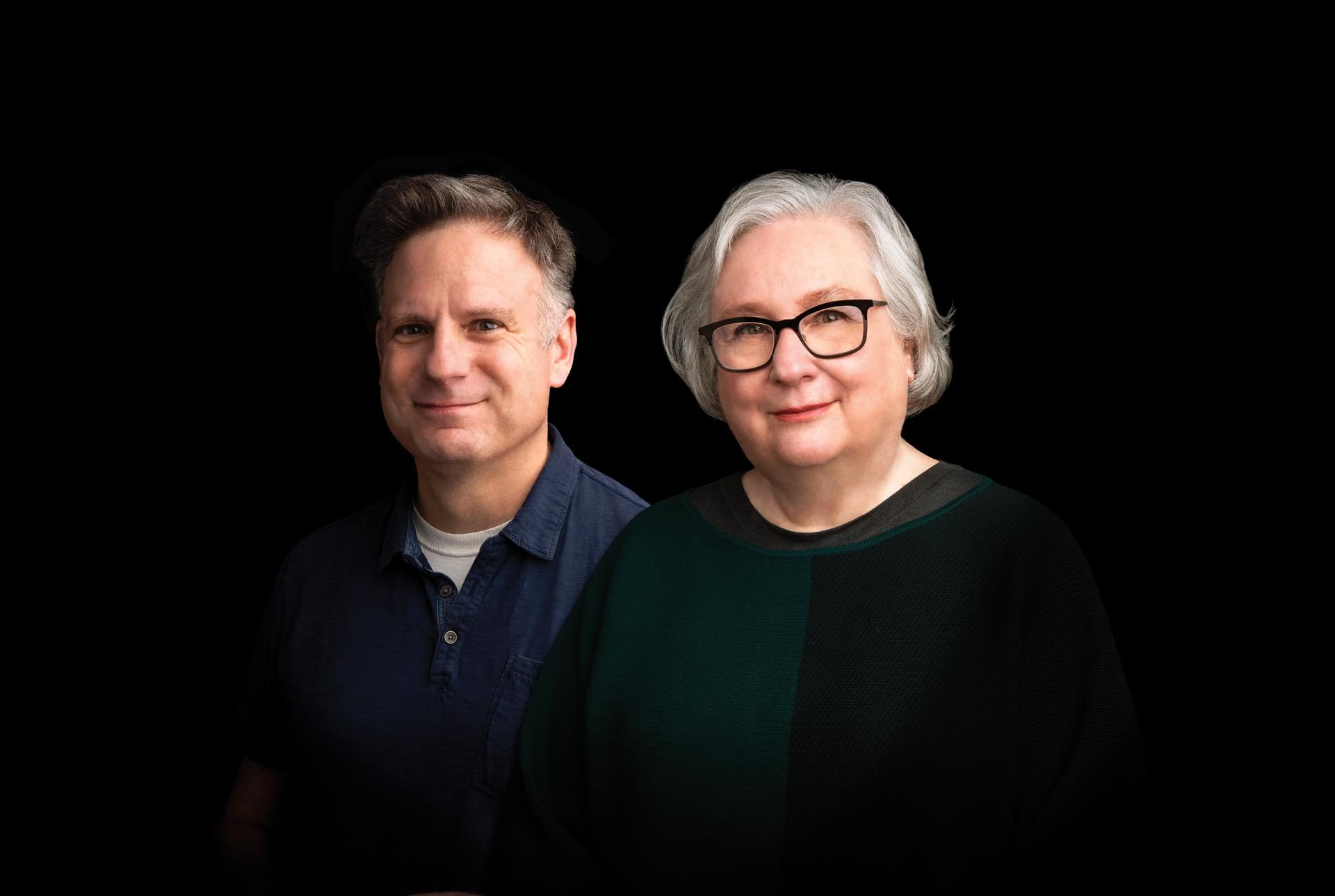 Jeanine Basinger is the Corwin-Fuller Professor of Film Studies and the founder of both the Film Studies Department and the Wesleyan Cinema Archives. Scott Higgins is the Charles W. Fries Professor of Film Studies and the director of the College of Film and the Moving Image. Listening to them talk film is an education in the form. Here, Higgins interviews Basinger about the legacy of film studies at Wesleyan, how they’ve grown the program to be one of the best in the country, and what it really means to teach.

Scott Higgins: One of the first things you ever said to me was: “You will know them by their films.” The films people make and like tell you a lot about who they are. Can you talk about how you came to that realization?

Jeanine Basinger: Growing up and working in a movie theater in South Dakota was such a formative experience—it was my college degree—because you couldn’t formally study film in universities at that time. I would watch the same movie repeatedly as an usher, and I learned to see its subtext and the effect it was having on the audience night after night. When you talk to people about a movie, you also realize not everybody sees the same thing. It’s being filtered through who they are and who they want to be. I’d ask a nun her favorite movie and she’d say, “Bells of St. Mary’s!” I’d ask a guy on the joint chiefs of staff and he’d say, “Air Force!”

Every good filmmaker defines cinema on his or her own terms. As teachers, we’re fundamentally film historians. We try to show students all kinds of films, and then let them determine how it is they see the medium and want to use it. That’s a large part of why our program and our graduates are so successful—they’re all making very different movies and truly defining film on their own terms.

SH: Every superhero has an origin story. If you’re Peter Parker, your atomic spider was your job as an usher. To get specific, what were they showing when you started that job?

JB: Well, first of all, let’s make me Diana Prince. I’d rather be Wonder Woman.

SH: She was born with a golden lasso, right?

JB: And bracelets to deflect. I’ve had to do plenty of that.

I started working in the theater in the late 1940s, so it was still the greats: John Ford, Billy Wilder, Frank Capra, Alfred Hitchcock, Douglas Sirk, Otto Preminger. When you see a movie over and over, often the turgid, literary adaptation (that wins all the awards) just gets slower and slower until you feel like you’ll go mad if you have to see it one more time. Whereas something like Pickup on South Street gets better and faster and more powerful. You’re watching the audience as characters, seeing their faces: This person is totally buying this; this person is asleep; these two people are kissing. You begin to see patterns where people are going “Oh!” or “Eek!” or laughing at the same exact moment each night, and you realize the audience and the film aren’t separate; they’re playing in concert. That causes you to prioritize the audience. Our work here is undergirded by a respect for the audience and our belief in them. They’re not passive viewers, but sophisticated, really creative filmmakers themselves.

When you’re moving up and down the aisles ushering, you see all the light from the screen illuminating the audience and they become another kind of movie for you. That job was a classroom that I was getting paid to attend (handsomely paid at 35 cents an hour). Think of what people have to pay now for a similar education!

SH: That’s a lot of Walnettos.

JB: Boy, it sure is. And I got free popcorn! That’s when I began to understand that films are designed. The director is using different tactics (cutting, framing) to get you to react. The job is to assemble and tell their story in the way they want you to receive it. That’s what people are learning here in our program. We’re not imposing meaning on the film and interpreting it. We’re teaching students how to see the meaning the filmmakers imposed on the frame themselves, to develop their own ideas about how the movie is made and what it’s trying to accomplish, and then to apply those steps to their own work.

SH: It’s remarkable that these films and lessons remain so relevant over time. How do you link that to the teaching experience?

JB: It’s why I sit with my class to watch movies: to experience their experience. It’s not new to me to see Vertigo, but the way they see it is a new way of seeing it. I encourage students to think for themselves, and that’s the role of an undergraduate education—especially a liberal arts one. It’s about culture: creating discerning, thinking people who can go out in the world and be citizens who contribute and who have a sense of decency and justice and who care about the issues that matter. And who vote with some brains. Don’t parrot back to me somebody’s opinion so that you think I’ll be impressed. Tell me what you really think.

A Woman in the Early Days of Film Studies

SH: When you started teaching, Wesleyan was virtually all male. In addition to the effrontery of being a woman, you also had the effrontery of teaching something as silly and ludicrous as movies. How did that go?

JB: Effrontery could be my middle name. If I come across something horrible, I go around it. That is a bit of the South Dakotan in me: Stay at the table, play the game by the rules, go as hard as you can, play to win. When I arrived, nobody took me seriously and that made it easier. By the time they paid attention, it was too late.

Not long after I was invited to teach at Wesleyan by John Frazer, I started hosting a huge women’s film series. I remember a faculty member’s wife whacking me with her purse, saying, “You’re lowering the standards of Wesleyan by bringing film [whack], and you’re over there showing old Jimmy Cagney movies.” But Richard Slotkin and Joe Reed were wonderful to me—two full professors wanted to know what I knew, wanted me to help them learn about film, and treated me as an equal. Even still, there aren’t a lot of film majors in elite eastern liberal arts institutions. Wesleyan has really pioneered that, and what makes for great potential success—from independent films to Hollywood, documentary, game design, anything with a moving image—is doing what we do at the undergraduate level.

SH: It’s also the strong faculty partnerships that have made this department what it is. Take Richard Slotkin, who comes at film and at the Western from such a different perspective—as reflecting, but also constituting America and the way we understand ourselves and the world.

JB: You can’t talk about film here without talking about Richie. I admire him at the highest level as a person, a teacher, and a scholar. We taught Westerns side-by-side for 25 years, showing maybe 50 percent similar films, and never had a conflict because we understood each other’s approaches. It was a rich environment for students. To have someone of his intelligence, reputation, and scholarly acumen endorse my view and use it as a basis in his own class (and then take students along on his own unique and personal approach) strengthened this major tremendously.

Richie and Joe Reed and I would sit in Joe’s office and just talk and laugh and argue for hours. Joe had a chair that when I sat in it, I thought, “I will never get out of this chair again as long as I live.” And in some ways I never did. We are historians in this department. To know film history and to know why things are a certain way because of censorship, the death of a studio system, the transition to sound—all of these things matter. Leo Lensing (German studies) and Ákös Öster (anthropology) joined the department later and have been critical to its development, as well as Bob Smith (who taught our intro class) and Jean Shaw, the head of the Center for the Arts for years. She ran that place beautifully and really gave us the cinema. Provost Judith Brown gave us the okay to build the center, which really made it happen. And Lea (Carlson)—where would any of us be without Lea?

JB: One of my earliest miseries was not going to a movie. I was too little to go to a four-hour Gone with the Wind and was running after the family car, yelling, “No, wait, wait!” They drove off and left me and I’ve never gotten over it. My whole career has been a search to get to Gone with the Wind. It speaks to the passion I have for this, and I see that same passion in our students and all the things they’re making happen in film and television. If you’re a teacher, your job is for the students. You give them your best and they’ll give it back; and you don’t give up on somebody unless you have to.

SH: That really resonates with me. From the outside, you are the great Jeanine Basinger. I’ve been at a very busy restaurant in Beverly Hills where people won’t stop coming up to your table. But Wesleyan’s rating as a great film school, our successful alumni, all you’ve accomplished—fundamentally, that’s all built on being a school teacher standing in a classroom and teaching what you love. That’s what you keep returning us all to: If we’re going to make a difference in cinema or entertainment or the world, we are going to do it in the classroom. We are going to do it face-to-face with our students. What we do is teach school.

JB: On the day I retire, I will have been working for Wesleyan for 60 years. I’ve served under six different presidents. . . .

SH: I think “served under” is an overstatement, but continue.

JB: Well, I appreciate you recognizing the importance that we’ve all placed on teaching. I know the difference that even one good teacher can make in a person’s life. People who don’t like teaching shouldn’t become academics. Your own scholarship is important, of course, because it keeps you alive and grows you for your students. But from the very beginning—with Richie and Leo and Ákös and everyone else—our focus has been on what goes on in the classroom. I was taught by really good, rigorous teachers with very high standards. But they were decent, kind human beings. When you needed it, they were there.

The Future of Film

JB: We’ve spent the last three years working closely together, and I’ve enjoyed watching you bring in new elements like game design and virtual reality. We worked on the American Film Institute collaboration, where seniors can go meet high-level professionals in the industry and find out how to get jobs. And we’ve had fun working on the new documentary film project, which you’re seeing through with the wonderful hires of Randy MacLowry ’86 and Tracy Heather Strain. The future has so many wonderful things coming. 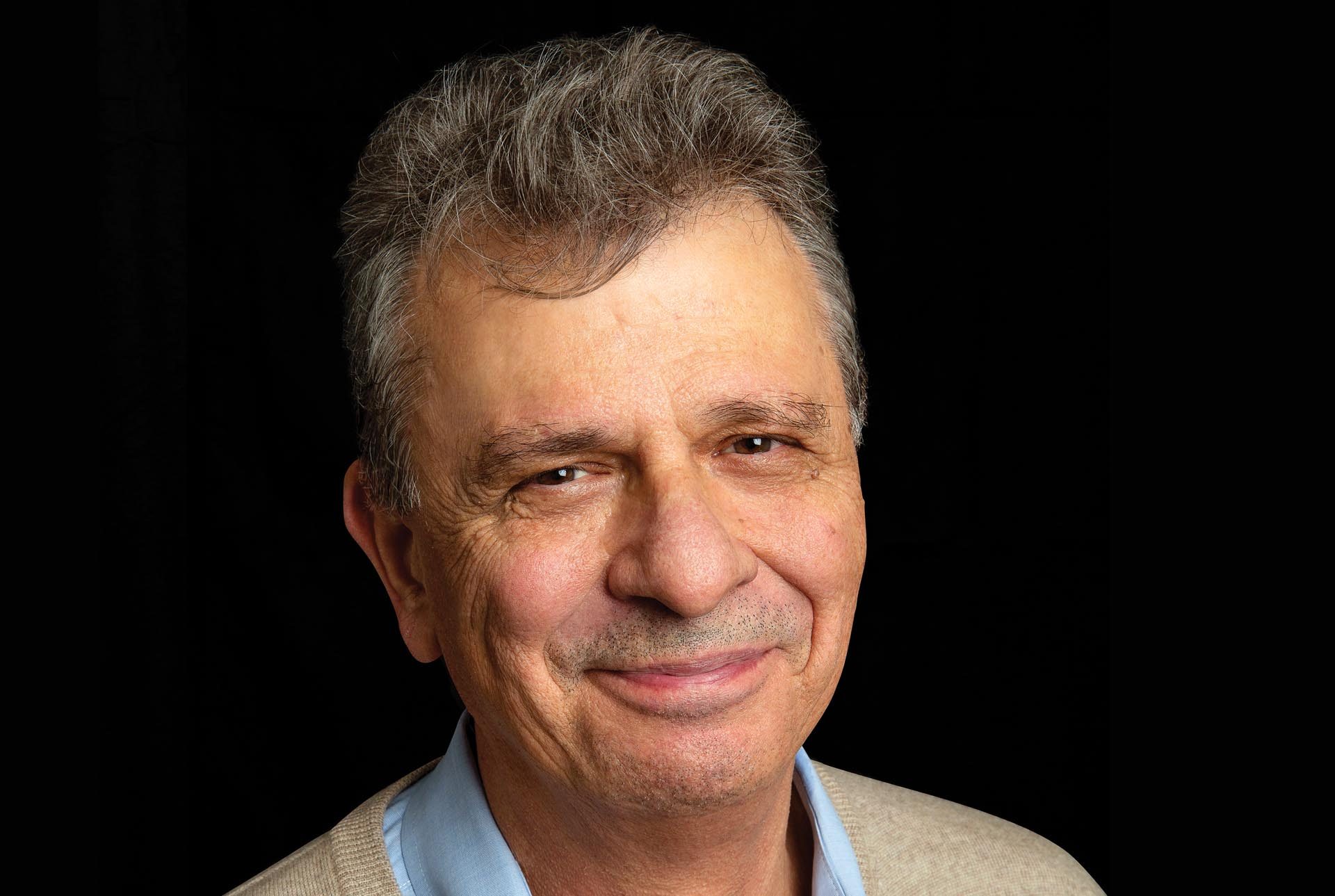 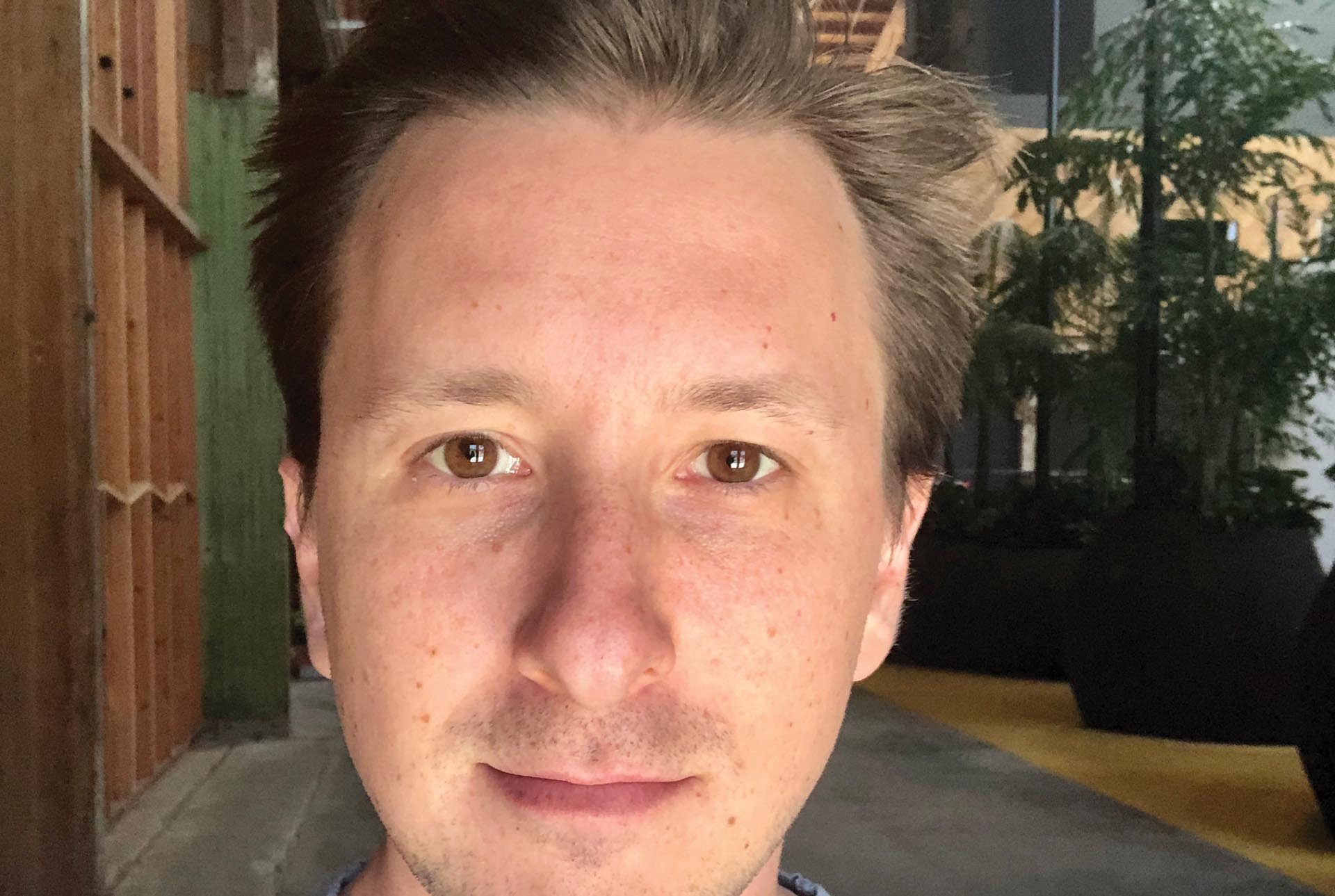 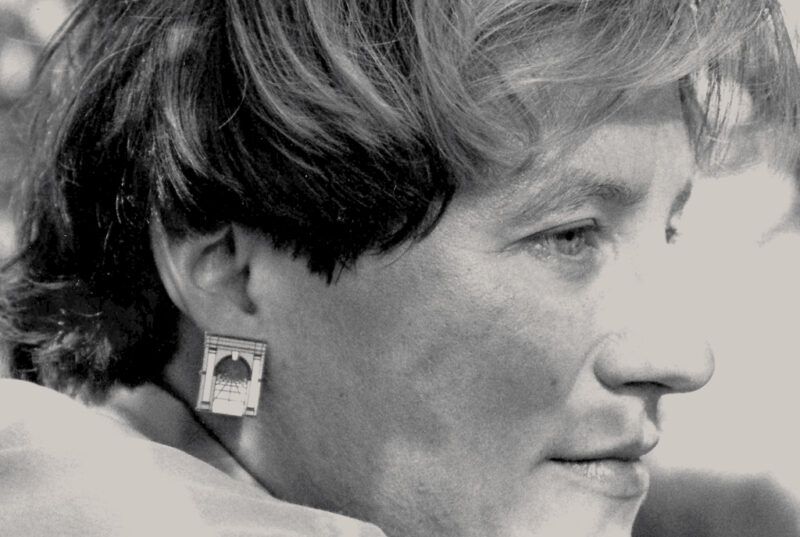