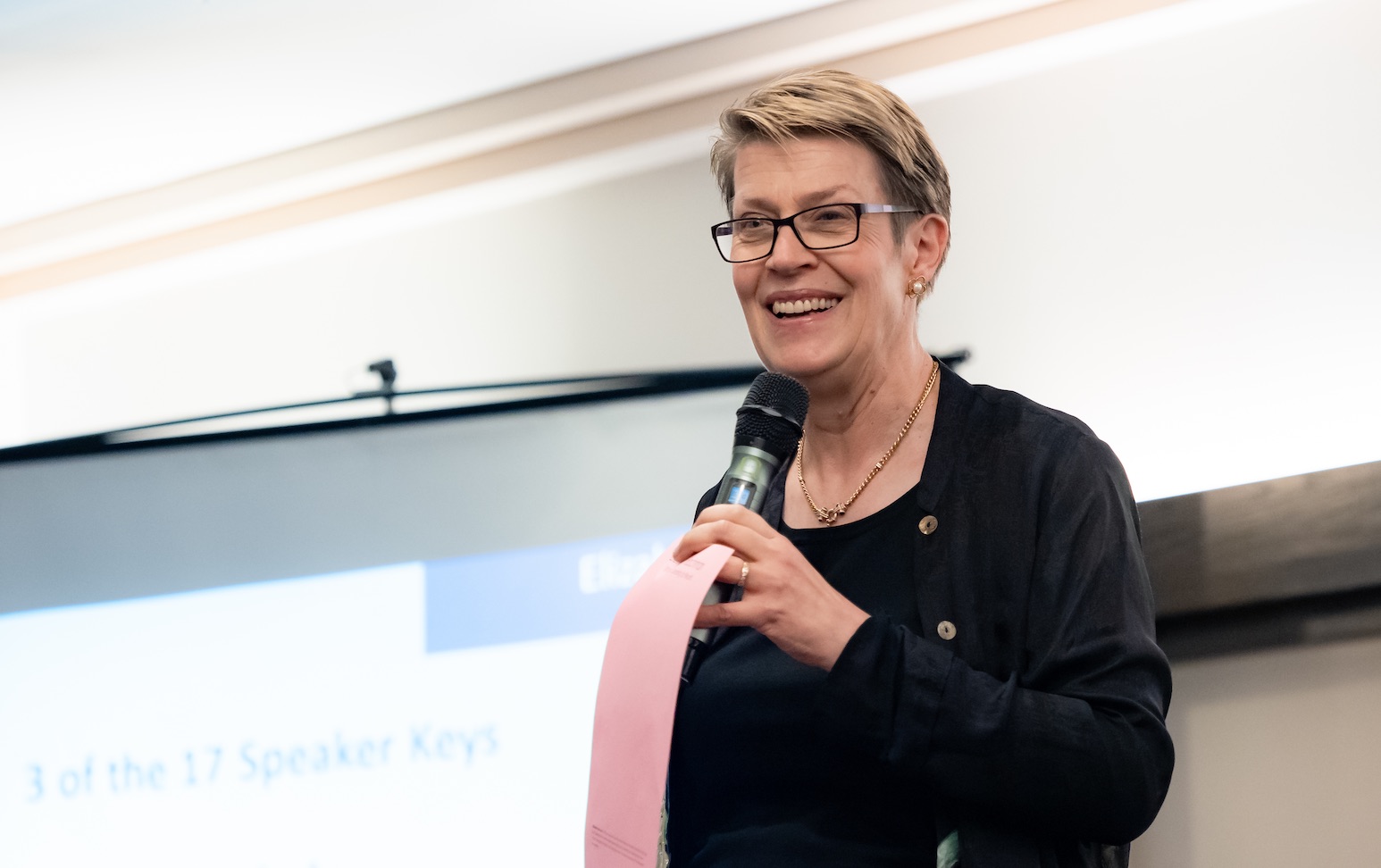 Elizabeth Bachman ’78 wants to see more women at the top of corporate America, and she’s got a plan to make it happen. Through her company Strategic Speaking for Results, she helps women leaders elevate their presentation skills and boost their image. Through this approach, Bachman’s clients gain the clarity and confidence to take their careers to the next level.

“Public speaking is a tool,” says Bachman, who double-majored in French literature and language and theater at Wesleyan before launching a nearly-30-year career in opera. She directed more than 50 operas around the world and founded the Tyrolean Opera Program in Austria before pivoting to become a presentation skills trainer. “Public speaking can be used to move people to take action—to get them to think, to get them inspired to donate to your nonprofit, to hire you, or to give you that promotion,” she says. Bachman believes how individuals present themselves shapes how they and their messages are perceived, and to some degree, how successful they are in their careers.

Her clients are primarily high-powered women who work in tech and law, traditionally male-dominated fields. In individual and group settings with these women, Bachman provides critical guidance and serves as a sounding board for their professional pursuits. For the past year and a half, she has also produced the podcast Speakers Who Get Results, which features experts from around the world who explore various topics related to helping women excel in the workplace.

“I like to talk, but I listen for a living,” says Bachman, who splits her time between Portland, Oregon, and the Austrian Alps. “With the podcast, I’ve found that if there are things I want to learn, I can interview someone who knows more about it than I do—how cool!”

The roughly 30-minute episodes (which are available in video, text, and audio-only formats) explore subjects such as leadership, visibility, and gender miscommunication. The pandemic and its impact on workers have also provided ample fodder for engaging interviews; over the past year Bachman’s podcast has featured experts discussing managing remote teams, improving your video presence, and “finding balance instead of burnout,” among other subjects.

As a woman who directed opera during a time when female directors were still relatively rare, Bachman relates personally to the concept of the glass ceiling. She spent years trying to move up the ladder and land a job as an artistic director of an opera company. Although she made it to the final round for multiple positions, she watched each of them go to men who sometimes were not even as qualified as she was.

“What I didn’t know then is that you get to a certain point through ability and skill. But to step into the top level is a matter of politics. That’s true in every industry. In opera, the people who hire the artistic director are on the board of trustees,” she says. “I should have been campaigning with the board, and I didn’t know that. It’s about the politics and how you handle the politics.”

Even today, there’s often an undercurrent of sexism in upper levels of leadership, she says. “People are inclined to trust a man. It is a cultural expectation, which is beginning to change, little by little. But I now know that one of the reasons why I wasn’t ever hired was I didn’t look like the person that [the board members thought they] would be entrusting their financial future to. I’ve learned that how you show up and how you present yourself affects how people perceive you. And you have to speak to people in a language that will fit them.”

Adapting your approach for the situation and the audience is one of the biggest lessons she teaches. “I always say put yourself in the shoes of your listeners,” she says. “What do they care about and what do they want to know?” Bachman learned this approach in part from directing opera greats from around the world, including Luciano Pavarotti and Placido Domingo. In order to help stars feel comfortable, an entire opera company typically conducts all behind-the-scenes business (rehearsals, etc.) in the stars’ native language. (Fortunately, this was never a problem for Bachman, who is fluent in five languages—English, French, Italian, Spanish, and German—some of which she learned at Wesleyan.)

Besides teaching her clients and podcast listeners “how to be heard when they speak up,” Bachman makes sure to highlight another factor that she believes holds women back: women themselves. “Some women are sabotaging themselves: not speaking up, not raising their hands,” she says. When she works one-on-one with clients who unwittingly do this, “we try to figure out the reason why and take action in order to get them a better result.”

Whether as a presentation skills expert, podcaster, or opera director, Bachman has focused her career on “the craft of delivering words.” Fittingly, when asked about how women can achieve gender parity in the workplace, she doesn’t mince her message. “It’s a process—not a patch. We have to work on it little by little,” she says. Her advice to aspiring female leaders? “Don’t give up. And if you can break through a barrier and get a position and be taken seriously as an equal, your job as a woman in leadership is to immediately turn around and start helping more women. Grow the pipeline.”

Words to Live and Lead By 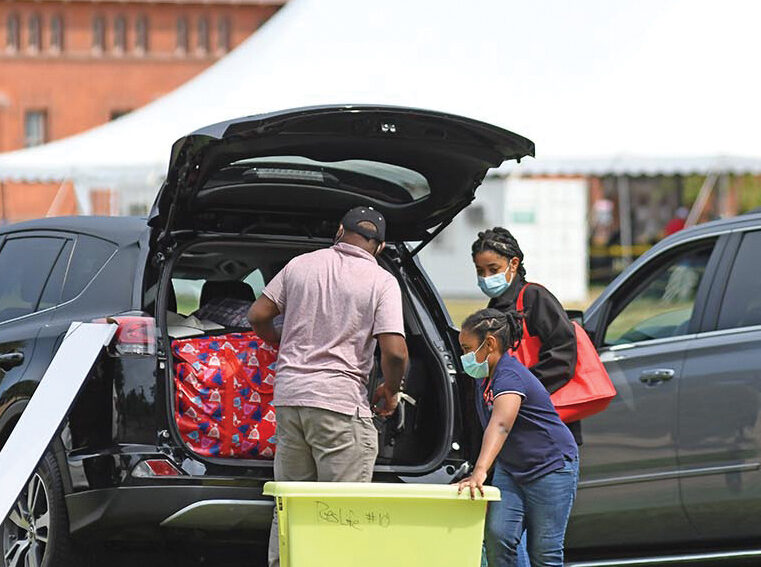 From Global Pandemic to Anti-Racism: 2020 in Review